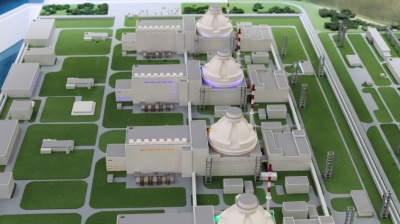 In 2019, Sberbank became the first financer of Akkuyu, which will operate as Turkey's first nuclear power plant, extending a $400mn 7-year loan to Rosatom.

It was in 2010 that Turkey and Russia signed an agreement for the construction of the plant. In 2015, a Russian jet was downed by the Turkish Air Force over Syrian border territory, but the incident did not derail the Akkuyu deal.

The financing of the project was an issue for a long time until Sberbank extended the first loan in 2019.

Also in 2019, Sberbank managed a successful exit from Turkey’s Denizbank with the disposal of its 99.85% stake to Emirates NBD for $2.77bn.

Construction work for the first unit at Akkuyu began in April 2018. For the second unit, work got under way in June 2020.

In February this year, another Russian state-owned company, Inter RAO (Moscow/IRAO), sold its 0.82% stake in Akkuyu to an unknown buyer for around Russian ruble (RUB) 1bn ($14mn). There are claims that the project is worth $20bn but the deal valued the project at $2bn.

In March, Rosatom secured a $300mn and 7-year loan from Russia’s Sovcombank for the installation.

The Akkuyu project is of strategic importance to Sberbank, Sberbank deputy chair Anatoly Popov was quoted as saying in a press release on the latest loan.

“The pace of construction of the Akkuyu NPP has reached the next level this year, with all four power units being developed at the same time. By obtaining a construction licence for the fourth unit in October, we completed the construction licensing of the NPP and are approaching a peak rate in its development,” Akkuyu Nuclear JSC deputy chair Anton Dedusenko was cited as saying.

It seems the Russians might be in a rush.

The project to deliver the nuclear power station is taking place under a public private partnership (PPP) model with the first of its planned four units possibly, according to Turkish officials, set to be completed some time next year. Previous estimates referred to 2023, the centennial year for the Turkish Republic.

In January, Turkish opposition lawmaker Ali Mahir Basarir claimed that there was a crack in the cement foundation of the site on which the nuclear plant is being built.

Controversies at the construction site are a matter of everyday news in Turkey.

On October 31, Akkuyu Nukleer A.S., the Turkish unit of Akkuyu Nuclear JSC, said that a fire, which broke out at the electricity substation of the Akkuyu plant due to a lightning strike, was extinguished.

On November 8, Akkuyu Nukleer A.S. said that a flood at the refectory for workers occurred because preparatory winter-proofing works on the roof of the dining hall were not completed on time.

On November 15, Akkuyu Nuclear JSC issued a written statement “in connection with the appearance of publications in the social media and a series of media outlets regarding the subject of labour conditions and occupational health and safety compliance at the Akkuyu construction site.”

“Relating to the video going viral on social media and some mass media in which the clash of employees is seen with the intervening of the security service representatives of Akkuyu Nuclear JSC, it is to be noted that this incident took place on November 11 outside the Akkuyu NPP site near the checkpoint. The conflict does not involve the issues of salary payment or compliance of labour conditions of the employees. A quarrel took place between the workers of subcontractor organisations on completion of the work shift. The security officers of Akkuyu Nuclear JSC, responsible for assuring compliance with the access control arrangements and public order at the Akkuyu NPP construction site, responded to the incident promptly and separated the conflicting employees,” the statement said.

On November 14, Turkish daily Cumhuriyet quoted an unnamed worker as saying that three workers had been killed in workplace occupational accidents.