Scotland’s WGPSN to pay £6.46mn after self-reporting bribery in Kazakhstan 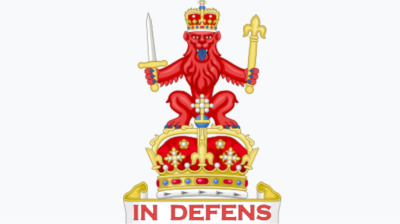 Crest of the Kingdom of Scotland.
By Kanat Shaku in Almaty March 18, 2021

The Civil Recovery Unit in Scotland is to recover £6.46mn under proceeds of crime legislation after an Aberdeen, Scotland-based company, Wood Group PSN (WGPSN), admitted it had benefited from unlawful conduct. This involved one of its subsidiaries, PSNA Limited, making illicit gains from payments made to Monaco-based Unaoil to secure contracts in Kazakhstan.

The ultimate holding company of WGPSN is John Wood Group PLC (Wood). The payments to Unaoil were carried out in connection with three contract tenders to provide services for the maintenance and operation of offshore and onshore chemical, petrochemical, oil and gas facilities in Kazakhstan—two of the tenders were successful. PSNA entered into the successful contracts in 2008 and 2010 via a joint venture in which PSNA held an interest. Approximately $8.74mn in local currency equivalent was paid between 2012 and August 2015 by the joint venture to Unaoil. There was, however, limited evidence of legitimate services having been provided.

The contracts were entered into prior to the PSN business being acquired by John Wood Group and the potential misconduct came to light in March 2016, with media reports revealing widespread corruption by Unaoil oil and gas consultants.

The reports said Unaoil had worked with WGPSN in Kazakhstan.

Wood conducted an internal investigation and submitted the results of the investigation to the Crown Office and Procurator Fiscal Service (COPFS) in May 2017. WGPSN then submitted in September 2019 a formal report under the self-reporting initiative.

COPFS referred the case to the Civil Recovery Unit for investigation. Wood and WGPSN were said to have shown full cooperation with the investigation. As a result, WGPSN has agreed to pay £6,465,564, representing retained profits and dividends from the two contracts.

Wood and WGSPN say they have also taken measures to implement policies and training to prevent similar events taking place in the future.

“Bribery and corruption undermine legitimate business and harm economic development. Companies are responsible for ensuring they do not allow their employees or contractors to secure any commercial advantage through bribery,” Lord Advocate of Scotland James Wolffe QC, the senior Scottish law officer, said. “COPFS and the Civil Recovery Unit are committed to taking effective steps to ensure businesses face up to their responsibilities and relinquish any unlawfully obtained profits. Any companies who uncover any instances of bribery should notify the Crown Office as soon as possible,” he noted.

“The self-reporting initiative allows for responsible companies to accept their involvement in corrupt practices and to draw a line under previous conduct.” Anne-louise House, head of the Civil Recovery Unit, said. “In appropriate circumstances such as this, it gives them the opportunity to repay the illegitimate profits in lieu of criminal proceedings.

“The funds which have been recovered will be remitted to the Scottish Consolidated Fund,” she added.