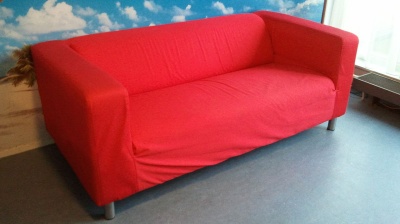 Khidoyatov may need a lie-down. Has he been listening to the ready-to-dissemble crowd?
By Alisher Kalandarov in Tashkent March 17, 2021

Tashkent regional governor Davron Khidoyatov served up what seemed to be some great economic news to Uzbek President Shavkat Mirziyoyev during an investment presentation—Swedish giant IKEA, he declared, was set to build a $52mn furniture factory in Chirchik, outside Tashkent.

It turns out, however, that Khidoyatov may have presented Mirziyoyev with a rather dodgy construction. RFE/RL approached IKEA about its plans and was told that the world’s largest furniture retailer was not aware of the project and does not plan to do business in Uzbekistan until 2025, according to a report by AKIpress.

IKEA, it added, responded: "Inter IKEA Systems BV, which is responsible for IKEA franchising in the world, is seeking opportunities for the attraction of more and more people to IKEA concept, which means quality and accessible equipment. As for opening a new market, by 2025 IKEA plans to reach 12 new markets to increase the number of its clients all over the world. Uzbekistan is not included into this plan for market expansion. Neither IKEA Industry, nor supplies offices of IKEA plan business in this country," it said.

Not so much as an IKEA cafeteria plate of Swedish meatballs then.

The IKEA statement does not at all jive with the “ready-to-assemble” plans Khidoyatov relayed to the president.

"A 5.5-hectare land plot was provided for construction already, and the project implementation will last 22 months," Khidoyatov announced in his presentation.

Referring to Khidoyatov’s presentation, which took place in early February, the press service of the president stated: "187 new investment projects are planned in the [Tashkent] region. The presentation focused on the largest of them."

The president's website does not specify what "major" projects were mentioned by Khidoyatov, but local media reported that “IKEA LLC” would run the factory project on behalf of the Swedish corporation.

The affair begs the question, are there “entrepreneurs” out there with fake Allen keys?

RFE/RL added: “The official register of companies in Uzbekistan includes the establishment of IKEA Premium in Namangan, IKEA MM in Karakalpakstan and IKEA Andijan Group in Andijan. At the same time, none of these local companies has any relationship with the Swedish corporation.”