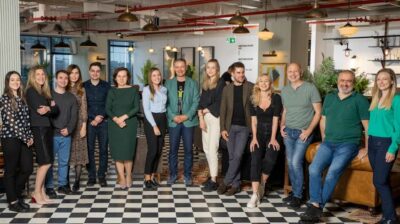 Tech startup-oriented crowdfunding platform SeedBlink announced on May 27 that it ended its series A financing round worth €3,000,000, of which €1,100,000 was raised through crowd investing, double the initial target.

The funds will fuel SeedBlink’s ambition to become Europe's fastest-growing platform for crowdfunding.

Its own investment campaign is the largest financing carried out through this platform and the first series A funding on SeedBlink.

"With this funding, SeedBlink will have the resources to fuel its ambition of becoming the European investment platform that will shape the future of the technology startup ecosystem. Moreover, it will support the European market compete with the great tech, the US and Asia. We thank all the investors for their support so far. We are all pioneers of a new world,” said Andrei Dudoiu, co-founder and CEO of SeedBlink.

The funding will allow SeedBlink to evolve from an investment tool for those who want to support the ecosystem of relatively small amounts of technology startups into Europe's fastest-growing platform, the statement said.