Serbia, Croatia join race for VW plant but carmaker ‘not actively looking for alternative to Turkey’ as things stand 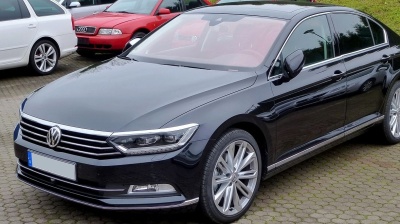 Erdogan ordered Turkish officials to switch to the VW Passat to help the car plant deal along.
By bne IntelliNews October 22, 2019

Volkswagen said on October 22 that it is not scouting for alternative locations to Turkey as it evaluates plans to build a new billion-dollar car factory.

Andreas Tostmann, VW’s production chief, relayed the position in a press call during a day that also brought news from local media outlets that Serbia and Croatia have joined the renewed race for the new plant that also involves Bulgaria and Romania—the four countries have decided it is worth a stab at winning the investment after VW representatives, made anxious by the mounting international condemnation of Turkey for its incursion into northeast Syria, made it clear that the selection of a Turkish location for its investment—previously seen as a nailed-on certainty—was no longer seen as a done deal given worries over reputational damage that could impact the carmaker.

“We are watching developments. Plans for Turkey are currently on hold. We are not actively looking at alternative locations,” Tostmann stated.

In making Serbia’s case for the plant, Serbian President Aleksandar Vucic said his country could propose state aid that other candidates could not. However, he also admitted that Serbia has disadvantages.

“We shall give all we can. Serbia is not a member of the European Union like Bulgaria and Romania and we do not have a big market like Turkey,” Vucic said, as quoted by eKapija.

Croatia’s decision to bid for the new factory was reported by Vecernji List, but no details about what the move may involve were specified.

Earlier in October, Bulgaria announced that it would sweeten its offer to Volkswagen, doubling incentives to €260mn from the previously proposed €135mn.

Meanwhile, Romania’s government said it had resumed talks with Volkswagen over securing the plant.

If Turkey loses the investment, it will come as a significant blow to Turkish President Recep Erdogan, who only three weeks ago ordered senior officials in his ruling Justice and Development Party (AKP) to switch to Volkswagen's Passat model as a demonstration of Ankara’s willingness to help make a success of the plant for the auto giant.

Earlier this month, Volkswagen went through the technical necessity of establishing a subsidiary in Turkey’s western Manisa province to pave the way for the investment, even though it said it was still in the final stages of negotiation and that it had not made a final decision on whether to build the factory.

The New York Times reported on June 3 that a CIA memo admits that intelligence agencies have “no evidence” that payments made by the Russian foreign military intelligence GRU to Afghan fighters were bounties for killing US soldiers.

On July 1, Mongolia’s National Centre for Zoonotic Disease (NCZD) reported two cases of the bubonic plague in the western part of Mongolia, in Khovd Province. Two brothers, aged 27 and 16, have caught the disease and are in critical condition

Romania's biggest airline by the number of passengers transported has initiated a preventive agreement as it aims to avoid insolvency by restructuring its overdue debt worth over €100mn.