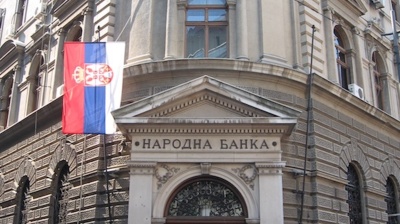 By Eldar Dizdarevic in Sarajevo July 2, 2021

Serbia’s dinar bonds have been included in the J.P. Morgan GBI-EM Global Diversified index, which is one of the most frequently watched indices by international investors, that is one of the benchmark indices of bonds issued in local currencies of emerging economies, announced the National Bank of Serbia (NBS) on July 1.

The inclusion comes as a result of the strengthening of the domestic macroeconomic environment in Serbia and years long efforts to develop the local financial market, added NBS.

"This is a success that we worked long and hard to achieve, a success that shows what kind of confidence Serbia has built in the international arena", stressed NBS governor Jorgovanka Tabakovic.

“We are proud of the fact that Serbia has reached the level of economic and market development and reputation in the international investment community allowing it to join the group of countries known to almost all top-notch world investors. More importantly, the positive effects of this success are being felt in the domestic financial market as we speak - the demand for government dinar bonds included in the index has increased, leading to a significant rise in their market value, and over the past two days we have seen buoyant FX inflows from international investors. This was the main reason why in the past two days the NBS bought €150mn in the local FX market and thus additionally strengthened the country’s FX reserves.“

J.P. Morgan indices will include three benchmark issues of dinar bonds with original maturity of seven, 10 and 12.5 years, maturing in 2026, 2028 and 2032. The weight of dinar bonds in GBI-EM Global Diversified equals 0.3%, NBS said in the statement.

Serbia is one of the five countries within the index family (comprising bonds of 20 countries) whose credit rating is not yet investment grade.

“The fact that the Serbian bonds were included in these renowned indices is only a confirmation of what we have been talking about for the past year and a half – that in the eyes of eminent investors Serbia already has the reputation of an investment grade country,” assessed Tabakovic.

There has been strong investor interest in the benchmark dinar bonds, as shown by their turnover in the secondary market recently and by the prices at which they were traded. In June, the volume of trading in seven-year, 10-year and 12-year bonds increased by two to three times relative to the previous month, while strong demand pushed the yield on the bonds noticeably down, especially in the last four days.

The bonds are also included in GBI-Aggregate (GBI-AGG) and GBI-AGG Diversified indices, which cover government bonds in domestic currencies of both advanced and emerging economies, as well as in J.P. Morgan ESG (JESG) GBI-EM index, which incorporates ESG factors in decision-making on investment in fixed income assets. It is estimated that around $250bn is invested in J.P. Morgan GBI-EM indices.