Serbia to produce enough wheat to feed the Western Balkans 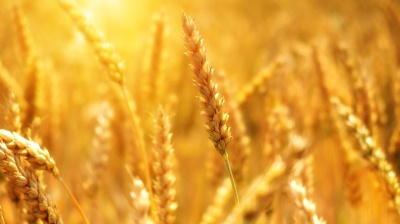 The wheat harvest in Serbia will begin in ten days and a yield of 3mn tonnes is expected, which is twice as much as Serbia needs, but export control measures remain in force, Deputy Prime Minister and Agriculture Minister Branislav Nedimovic said on June 19.

Supply constraints caused by the war in Ukraine — both Russia and Ukraine are among the top grain exporters in normal years — have caused spike in prices and fear of shortages in grain importing nations.

Serbia already provided wheat to Albania, North Macedonia and other countries in the region earlier this year when there was a shortage of this product.

Nedimovic noted that Serbia produces two to 2.5 times more wheat than it needs and that this production is sufficient for the entire Balkan region, according to the statement.

He pointed out that the government made a decision on three-month quotas for wheat exports to make the export planning easier, adding that there is great demand for the export of this grain.

"One Arab country requested to import 240,000 tonnes of wheat from Serbia in one delivery. That's half of what we have until the new harvest," Nedimovic stated.

At the same time, he stated that the costs of wheat production have increased by 60% to 70% this year, but also the earnings are much higher, adding that a kilogram of wheat cost RSD38 (€0.32) on the Novi Sad market on June 17 compared to RSD21 last year during the harvest season.

Together, Russia and Ukraine account for more than a quarter of the global wheat trade and nearly a fifth of corn, as reported previously by bne IntelliNews. Buyers of grain are now looking to second-tier producers such as Kazakhstan, Poland and Romania, as well as the smaller suppliers from Central and Southeast Europe, to fill part of the shortfall.

Weeks after the war began, Serbian President Aleksandar Vucic announced a ban on the export of oil, wheat, corn and flour. Speaking at the time, Vucic said that Serbia will have enough wheat and corn for itself and the region and that he was waiting to see if Russia would ban the export of the two cereals.

Despite the drought that affected production of vegetables and other crops in summer 2021, Serbia had a strong wheat harvest, with the crop increasing by 23.1% to 3.538mn tonnes, according to statistics office data.