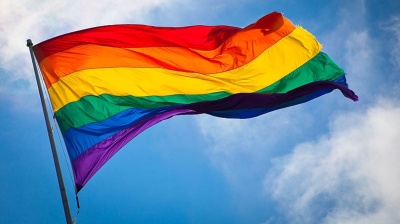 145 members of the European Parliament have sent a letter to Serbian President Aleksandar Vucic and Prime Minister Ana Brnabic, urging them to reconsider the decision to cancel the EuroPride event due to take place in Belgrade in September.

Serbian President Aleksandar Vucic announced on August 27 that the international EuroPride parade had been cancelled. Vucic said the government had been under heavy pressure from right-wing groups and representatives of the Serbian Orthodox Church to cancel the parade, which would have been Europe’s largest Pride event.

The letter was initiated by the LBGTI Intergroup Bureau and MEP Marc Angel of the Socialists and Democrats (S&D), and signed by 145 MEPs, including six vice-presidents of the European Parliament, reported European Western Balkans.

Brnabic said on August 28 that the march could not be held safely in Serbia because of the need to focus on preventing violence in northern Kosovo from September 1.

At the weekend, there was a thousands-strong march in Belgrade against the event (even though it had already been cancelled). Protesters included right-wing and religious Serbs, and some carried Russian flags and posters of Russia's President Vladimir Putin.

However, the MEPs’ letter argued that while the European Parliament is aware of the security threat, banning the event is not the right solution.

“The situation of anti-LGBTIQ counter-protests, which are often violent, is unfortunately not new to Prides and therefore the police response should be swift, efficient and sufficient. Should there be a need, more police should be deployed to ensure the Pride march and surrounding events can effectively take place,” said the letter, as quoted by European Western Balkans.

On August 31, US Secretary of State Antony Blinken added his voice to the calls from European politicians in urging Belgrade to reconsider.

“Freedoms of peaceful assembly and expression are essential components of a healthy democracy. We urge Serbia to renew its commitment to hosting EuroPride 2022. LGBTQI+ rights are human rights,” Blinken wrote on Twitter.

Commenting on the protest, Vucic told the newswire: "I cannot say that it was a proxy attack, because there were many ordinary people there ... but whether there is a proxy conflict in Serbia ... there is one, no doubt about that, East and West.”

Vucic has long pursued a ‘four pillar’ foreign policy, aiming at good relations with the EU, the US, Russia and China. However, this became difficult after the invasion of Ukraine, and Serbia has been under pressure to fall into line with EU foreign policy and impose sanctions, a step already taken by other candidate countries in the Western Balkans.