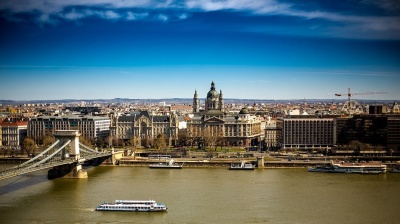 The detailed numbers bring few surprises as every sector has contributed to growth, but growth in the construction sector and market-based services were the main drivers behind Hungary’s stellar performance.

Economic growth continues to outpace analysts’ estimates, as they projected the spillover from the slowdown in the euro area. Rising income of households and record low unemployment have lent support to consumption and the rise in market-based services.

The deterioration of the external environment has so far had a modest impact on the economy as the domestic engines have offset the negative external impacts. Analysts expect Hungary’s strong growth to decelerate in the second half on the back of weaker growth in the eurozone.

On the production side, the value added of services increased by 4.2% y/y, adding 2.2pp to growth, a surprise to the upside. The 28% y/y increase in construction sector output translated into a 1.2ppt contribution to GDP. The farm sector contracted 1.1%.

On the expenditure side investments and actual final consumption were the main drivers of growth. Gross fixed capital formation jumped 16.4%, down from 23.4% in Q1. Exports were up by 2.7% and imports by 4%. Net exports have contributed negatively to growth since early 2017 as growth in imports continue to outpace exports, leading to the shrinking in the trade balance

Hungary's economy is expected to perform well even in the second half, as H1 growth was faster than what the government had forecast in the updated convergence programme, said Finance Minister Mihaly Varga. The full-year figure could exceed the government’s official growth target of 4%.

The conservative forecast may be attributed to external risks, such as sluggish growth on Hungary’s export markets, the trade war and Brexit, analysts said.

Looking ahead, ING Bank sees growth decelerating from 4.8% y/y in Q3 to 3.9% in Q4 and an overall 4.7% growth, 0.2pp above the previous forecast. This is at the upper end of analysts’ forecasts.