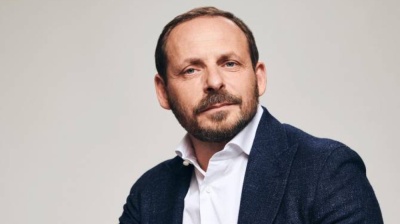 The founder of Russian internet major Yandex, Arkady Volozh, could agree to a new shareholder and management structure for the company in exchange for the Kremlin’s permission to develop some of Yandex assets independently abroad, The Bell reported citing unnamed sources.

bne IntelliNews covered in detail how the market was left guessing after the designation of Volozh in the EU’s sixth package of sanctions for Russia's military invasion of Ukraine.

Previous reports claimed that Yandex could split into a domestic unit that will operate in the heavily sanctioned economy and a rebranded relocated international unit run by former execs of the company. But so far the company appears to be maintaining strong operational and financial results at home.

Reportedly now a new deal is being negotiated between Volozh and the Kremlin, mediated by the veteran policymaker, ex-Finance Minister and the head of the Audit Chamber Alexei Kudrin, The Bell reports.

In 2019 Volozh already survived attempts of state takeover and struck a corporate governance deal with the Kremlin. But time around, there is reportedly no unity in his team.

Previous reports claimed that Russian military invasion of Ukraine has split the management team of Volozh into “remainers” and “expats” – those who support maintaining operations in Russia and those who urge relocating abroad. Volozh himself has been living in Israel for several years now, with a few managers having joined him this year.

In May Yandex had to deny the unofficial reports that Volozh was negotiating with Israeli authorities to accept a large number of his IT specialists in Israel with a possible opening of an HQ in Tel Aviv.

Reportedly, the negotiations involve the split of the development teams, the transfer of intellectual property, and, most importantly, the decision on who will control Russian Yandex in the future. The projects that could be spun off include drones, cloud services and the Yandex.Practicum educational project.

The deal granting Volozh the rights to develop some of Yandex's projects abroad would cost him control over the rest of the business, two of his sources told The Bell. One of the options is leaving the control for “Russian” Yandex to the local top management. Kudrin himself could reportedly join Yandex board, management, or even shareholders.

Volozh has already announced his resignation from all positions in Yandex and its board after being sanctioned by the EU. The family trust of Volozh owns an 8.6% economic and 45.3% voting stake in Yandex and is not a controlling shareholder of the company. Yandex previously saw a cascade of top-level resignations that followed the sanctioning of Yandex Deputy CEO Tigran Khudaverdyan.

Yandex was Russia’s leading developer of AI and driverless technologies. Prior to Russia's military invasion of Ukraine, Yandex was hailed as a global technological runner-up, looking to boost the monetisation of its technologies on the one hand and leverage these technologies to support its international expansion on the other.

Fitch Ratings has cut Yandex and other Russian TMT majors to junk-rate B, noting that "the rating actions reflect the severe shock to the operating environment in Russia and weakened financial flexibility, and follow the agency's downgrade of Russia's sovereign ratings". Previously Nasdaq-traded Yandex has announced the default procedure started by its bondholders.

In 2021 Yandex for the fifth year in a row topped the list of most valuable tech and internet companies with a valuation of $23bn. Apart from e-commerce, its investment case previously rested on developments in transportation, FinTech and foodtech, with the developed ecosystem seen as a key advantage.

Russian e-commerce turnover up 1.5-fold in 1H22
3 days ago
Home of the humbled lira, Turkey’s the biggest cryptocurrency market in the Middle East
3 days ago
Business Insider: Western tech majors have tested or used controversial Russian face recognition technology
9 days ago
From 4G to 6G: How Russia seeks to develop mobile networks amid shortages of domestic frequency and foreign equipment
9 days ago
EVs in Uzbekistan bring problems and prospects
16 days ago