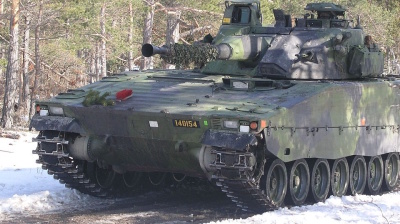 Slovakia should receive the first batch of vehicles in 2025, with further deliveries to be made in 2026-2028. The deal will be through  a government-to-government agreement.

Other competitors in the tender were from Hungary (offering Rheinmetall's Lynx KF41), Spain (offering General Dynamic's ASCOD), and Poland.

Nato's Central European members are junking their old Soviet infantry fighting vehicles and replacing them with Western-made equipment. In 2020 Hungary chose Rheinmetall's Lynx, Poland has its own product, while the Czech tender was halted last year but is expected to be restarted in 2023. This need has become even more pressing since Russia's invasion of Ukraine.

According to the minister, this is the most significant step towards fulfilling Slovakia's commitment to build a heavy mechanised brigade.

"I am grateful to my colleagues for their unequivocal support for the selection, which meets the requirements of the Armed Forces of the Slovak Republic to the maximum extent possible, the established financial limits, including the total price of the vehicle, logistical support, operational costs, as well as the criteria of real involvement of the domestic defence industry," said Nad.

"The primary subcontractor will be the state-owned company ZTS - Special and the project will benefit dozens of other Slovak state and private companies in the long term," he added.

These vehicles will gradually replace the outdated equipment of the Slovak army's ground forces.

"Together with the purchase of the 8x8 wheeled armoured fighting vehicles, this is a key armament for the protection and defence of the Slovak Republic and the most important step towards the establishment of a heavy mechanised brigade in the sense of international commitments to the collective defence of the North Atlantic Treaty Organisation," said Martina Koval Kakascikova, spokesperson of the Slovak defence ministry, to Novinky.cz.