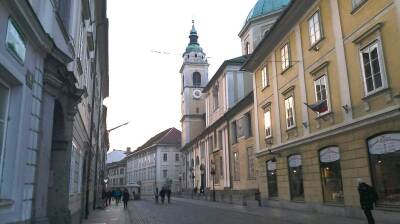 The Slovenian central bank said on September 5 that with ongoing Russian military aggression in Ukraine and the resulting sanctions it expects slightly lower, but still solid GDP growth in Slovenia for the rest of the year compared to the previous period.

The Slovenian economy expanded by a real 8.2% y/y in the second quarter of 2022, following a 9.8% y/y growth in the previous quarter.

The average of short-run model estimates for the third quarter suggests a slowdown in quarterly GDP growth to 0.3% from 0.9% q/q growth in the second quarter, the central bank said.

The slowdown is primarily indicated by the value of the economic climate indicator, which remained negative in August, which came from lower estimates of orders in manufacturing sector and the reluctance of consumers to make larger purchases.

In the labour market, employment remains at a record high, while unemployment is low.

With high energy prices and the increasing contribution of more expensive food, inflation in the euro area reached 9.1% in August, and 11.5% in Slovenia.

The deficit of Slovenian consolidated public finances was significantly lower year on year at €300mn in the first seven months, as revenue growth was high and expenses were lower due to fewer payments related to the epidemic.

The main risk in the coming months and in 2023 is the deterioration of economic conditions and potential new government measures to mitigate the consequences of the energy crisis.

Despite the sharp improvement of the Russia Manufacturing Purchasing Managers’ Index™ (PMI) seen in November, continued contraction in the services sector has kept the composite output stagnating in the reporting month.

The global inflation crisis paired with lacklustre economic growth and an outlook clouded by uncertainties have led to a decline in real wages around the world, a new report published by the International Labour Organization (ILO) has found.

Annualised Hungarian retail sales growth slowed to 0.6% in October from 3% in the previous month.