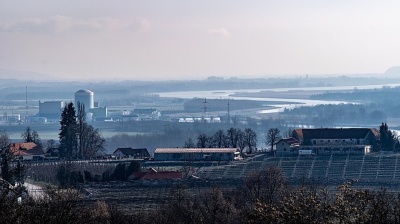 Slovenian Prime Minister Marjan Sarec spoke out on August 22 in favour of plans to build a second reactor at the Krsko nuclear power plant (NEK) to meet increased energy demand.

“In the next period Slovenia will require more electricity, and if it wants to be a prosperous state, we must also strive for energy independence,” Sarec said in a Facebook post after visiting NEK.

"A serious energy policy must be pursued in the future, every effort should be made for the construction of a second unit of the nuclear power plant," Sarec added.

Sarec also supported plans for the closure of the Sostanj thermal power plant, seen as a great polluter, to meet requirements for greenhouse emissions

NEK is the only nuclear power plant in Slovenia, located approximately 15km west of the Croatian border. It was created in 1981 when both countries were still part of former Yugoslavia.

NEK is the only joint project between Croatia and Slovenia, and the European Commission (EC) has recommended that the two countries implement more joint energy projects because concerted action will facilitate access to European funds.

Five bidders reportedly in race for CEZ assets in Romanian

Final licence for €12.5bn expansion of Paks power plant could be issued by September 2021

Paks II, the project company in charge of the expansion of Hungary’s sole nuclear power plant, will submit the application for a final license to the National Atomic Energy Office (OAH) by June 30, ... more

A consortium formed by the Romanian state-controlled companies Hidroelectrica, Electrica and SAPE holding will reportedly submit a firm offer for the assets that the Czech utility group CEZ is ... more