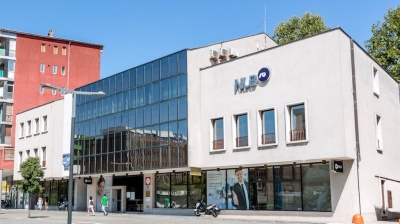 Slovenia has set the price range for the initial public offering (IPO) of banking group Nova Ljubljanska Banka (NLB), the bank announced on October 26. The price range corresponds to a current equity value of approximately €1.03bn - €1.32bn for the bank.

Earlier this month the banking group announced it plans to proceed with an IPO on the Ljubljana Stock Exchange (LJSE) and the London Stock Exchange (LSE). The Slovenian government is required to privatise the bank by the end of this year under its commitments to the European Commission.

The offering will include a public offering in Slovenia and a private placement to certain institutional and other investors that qualify under available offering exemptions in various other jurisdictions, NLB said, adding that 10% of the offer securities will be allocated to domestic retail investors.

The offer and subscription period starts on October 29 and is expected to end on November 7 for retail investors and on November 8 for institutional investors. The timetable of the offering may be accelerated or extended.

In August, the European Commission approved Slovenia’s commitment to sell a first tranche of at least 50% plus one share by the end of 2018.

Previously, Slovenia had committed to sell 75% of the bank in a restructuring plan that served as a basis for the European Commission's approval of state aid to the bank in the 2013 bailout by 2017, but scrapped a planned IPO in June 2016 amid a dispute over the pricing of the offer and an ongoing lawsuit over Yugoslav-era deposits in Croatia.

NLB is the largest banking and financial group in the country with a market share of 23.2% by total assets and the largest client base. The NLB Group had 349 branches at the end of June, of which 108 branches are located in Slovenia and 241 in Bosnia & Herzegovina, Kosovo, Macedonia, Montenegro and Serbia.

For the six months of 2018 and for the full year 2017 the NLB Group recorded a net profit attributable to shareholders equal to €104.8mn and €225.1mn, respectively.