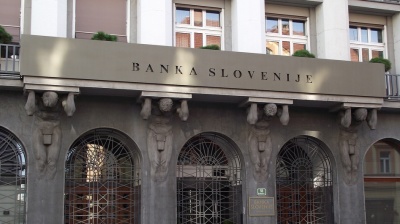 The Slovenian central bank said it has recommended that banks should impose stricter conditions on consumer loans, in order to prevent the relaxation of credit standards and improve banks’ resilience.

The decision was prompted by the high growth in consumer loans of longer maturities which could result in difficulties in their repayment should the economic cycle reverse.

“The Bank of Slovenia’s assessment is that the risks in the consumer loan market are currently moderate and manageable, which is partly attributable to the favourable economic climate,” the central bank said.

"However, there has been high growth in consumer loans for some time now. The factors on the supply side (low interest rates, banks’ high capital adequacy, etc.) and on the demand side (low household indebtedness, good economic climate, high employment, etc.) are still favourable, for which reason relatively high growth in consumer lending is also expected in the future."

Slovenian defense minister resigns after being ousted as party leader

Slovenia will issue a new 10-year benchmark government bond via a syndicate of banks if market conditions allow it, ... more

Slovenia’s second largest bank Nova KBM (NKBM) has received clearance from the Competition Protection Agency to acquire the local Abanka in a €444mn transaction, NKBM said on December 5. The ... more