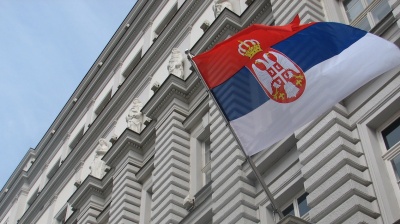 Serbia followed Slovenia to the market, where the other Southeast European country issued a 10-year sustainability bond worth €1.25bn on January 4. Slovenia was the first country in the region to enter the capital market in 2023.

Other countries including Albania and Bulgaria are understood to also be preparing for bond issues early in 2023, in anticipation of an increase in yields later in the year.

Serbia’s Finance Minister Sinisa Mali said investor interest in the January 19 offer was at a record high for Serbian bonds, with the demand six times higher than the offer, at $11bn, a government statement said.

“More than 500 respectable investors from all over the world have shown interest in our securities,” said Mali, attributing this to Serbia’s solid economic results.

During the issue process, due to high demand, the Ministry of Finance managed to reduce the yield compared to the initial offer, the government said.

Belgrade decided to issue the bond at the start of the year in anticipation of further growth of yields on the international market.

Mali commented that “the global crisis, the conflict in Ukraine and energy instability are raising the price of money on the market, so we will have to wait for the end of this crisis in order to reach the 2% interest rates that were available to us in 2021.”

The funds will be used to maintain financial stability and support economic growth.

Slovenia gets away second sustainability bond

Slovenia, meanwhile, raised €1.25bn with its second sustainability bond, with a coupon of 3.625%, as announced by the finance ministry. Inflows from the bond are intended to finance investments that support environmental and social goals.

At the same time, Slovenia expanded the outstanding Eurobonds due in August 2045 by additional issue of €250mn with a coupon 3.125%.

The ministry said that the total demand for the sustainability bond issue due on March 11, 2033 exceeded €10bn.

Romania plans more Eurobonds this year, and is considering Samurai issues. The country needs to borrow RON160bn (€32bn, over 10% of GDP) from the domestic and foreign markets to finance the budget deficit and refinance previous debts.

Romania issued $3.75bn of FX bonds with maturities of five, 10 and 30 years on January 7, as the first move. The finance ministry initially announced a target volume of up to $4bn and said that part of the money would be used to redeem in advance the issues maturing in August ($1.28bn) and January 2024 ($0.88bn).

The US dollar issues were heavily oversubscribed, with investors placing orders adding up to $11bn with a particular interest in the 30-year maturity, according to Ziarul Financiar daily.

Romania plans to issue €11bn-12bn worth of FX bonds this year in an attempt to ease the pressure on the local market. Stefan Nanu, State Treasury head, told Bloomberg that the financing should not put pressure on local investors and that Romania will continue to rely on foreign borrowing for a large part of the funds it needs. On the day the FX bonds were launched, January 5, the yield on 10-year bonds denominated in local currency fell by 15bp to 8.23%.

“You have not yet heard the news of the day but surprisingly the Ministry of Finance has issued a new 10-year bond. Without a roadshow, without preliminary information,” Panev wrote on Facebook.

According to Panev, the proposed coupon is 5.23% per year.

According to GlobalCapital, the joint book runners of the issue are BNP Paribas, Citi, JP Morgan and UniCredit. It quoted a syndicate banker as saying that the deal was going “very well”.

Albania is also planning an issue on international markets, and Monitor.al reported at the end of 2022 that the finance ministry in Tirana has already picked law firm Dechert LLP for the transaction.

Finance Minister Delina Ibrahimaj said in November that Albania plans to raise at least €500mn through a Eurobond issue in 2023. She said at the time that preparations for the Eurobond issue had already started, but it would only go ahead if market conditions proved favourable.

The bond issue has been included in the 2023 budget, but Ibrahimaj stressed that the government has other options if it decides not to proceed with the issue.