SP ADVISORS: Ukraine’s economic recovery of growth will be varied 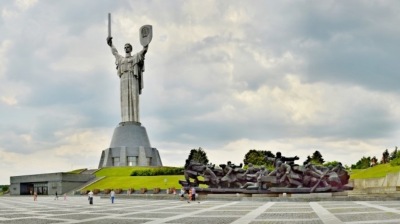 Ukraine's economy is in a relatively comfortable place at the moment, but the country needs to restart its relationship with the IMF and return to the reform agenda if it is maintain stable and sustainable growth
By SP Advisors in Kyiv March 29, 2021

The Ukrainian economy experienced a relatively mild contraction in 2020, but its growth rate in 2021 is unlikely to be spectacular.

While private household demand remains robust, investment expenditures may fail to recover quickly to pre-crisis levels. Accelerating inflation will remain an issue up to the end of 2021. The NBU is one of the few central banks globally that has already moved to hike its key policy rate. We think further bold steps might be needed to bring inflation back into the target range.

Ukraine is unlikely to see any challenges on the current account (C/A) side in 2021, but capital inflows will remain muted. NBU reserves are sufficient to address possible temporary imbalances, which bodes well for the stability of the hryvnia in 2021. The key thing to watch for in the coming months is progress in reforms and co-operation with international financial institutions (IFIs). Ukraine has to do a lot to meet the expectations of IFIs and of foreign private investors.

The recovery of economic growth will be varied

The pace of the Ukrainian economy’s recovery will be varied in 2021 – some sectors are poised for high growth, while others may stagnate due to lasting effects related to coronavirus (COVID-19). We remain slightly less optimistic than the street and expect GDP growth to be near 4% year on year this year.

The GDP contraction last year (-4.0% y/y) was relatively restrained – a good sign of robustness in the economy – but it also means Ukraine’s growth base is higher than that for most other European countries. Domestic household demand is likely to stay strong – retail trade continues to surge on the back of robust income growth. Still, we expect private investment demand will remain soft as uncertainty over economic prospects worries businesses and confidence remains shaky.

Meanwhile, budget constraints mean that government infrastructure spending – a significant growth contributor last year – is unlikely to contribute to the same degree this year. Net exports will be negative on the back of a gradual recovery in consumer goods imports.

Consumer price growth has accelerated considerably since December, and CPI reached 7.5% y/y in February, significantly above the NBU’s targeted range of 5% -/+1pp.

The CPI bump was largely driven by two components – food and utilities. Growth in food prices is a consequence of upbeat global commodity markets and a softer 2020 harvest. Utility tariffs are being adjusted to reflect higher energy prices and other input costs. Services, including healthcare and education, comprise a much smaller share of the consumer basket, but their prices have also risen at well above the 5% CPI target rate. Price growth across the board is a clear sign of emerging fundamental inflationary pressures. Demand-side pull factors are being supported by double-digit growth in salaries. We expect CPI will exceed 9.0% y/y in mid-year before decelerating, starting in 3Q.

The NBU has become quite vocal about its intention to keep inflation under control, hiking its key policy rate by 50 bps to 6.5% in early March. The messaging from the central bank has become even more hawkish vs its previous stance and it has indicated that a further rate hike to at least 7% is a near certainty. With inflationary pressure pushing through, we believe the key policy rate may reach 7.5% at its peak in 2Q.

A hryvnia rate appreciation might play a counterbalancing role and dampen price growth. However, any currency appreciation, which can only come on the back of capital flows, is far from a guarantee. Private capital inflows are now at risk given the growing uncertainty about the future path of risk-free rates globally and the growth in risk premiums demanded by investors to buy Ukrainian paper. We therefore expect inflation will remain an issue going forward, while the central bank’s determination to respond adequately will serve as another test of its institutional independence.

Ukraine continues to enjoy a favourable external environment, which helped build a large current account surplus in 2020. We expect the C/A to be nearly balanced in 2021 after posting a hefty surplus of 4.0% of GDP in 2020. Commodity exports will stay strong thanks to high international commodity prices. The services balance will remain in massive surplus as imports of tourism services have collapsed since the start of the COVID-19 pandemic.

With no pressures emerging on the C/A side, the Ukrainian economy as a whole is not critically dependent on the availability of capital inflows in 2021. However, the government position remains vulnerable because of a need to roll over FX debts and to fund the fiscal deficit. Our baseline scenario assumes the government will be able to unlock IFI funding later in 2H and will tap international debt market with new Eurobond issues.

We expect NBU reserves will remain largely unchanged from their current level of $28.5bn. That is a sufficient cushion against unexpected external shocks. The hryvnia exchange rate is likely to stay close to the current rate with no clear depreciation or appreciation drivers in sight.

Ukraine’s reform progress has been weak of late. In February, the inconclusive IMF mission sent a clear message that Ukraine’s foreign partners expect much more determination and decisiveness from the local authorities in pursuing reforms. The key outstanding issues include an improvement in anti-corruption legal infrastructure, energy sector reform, and a broader scope to land reform.

The lack of drive for reforms is somewhat alarming given that Ukraine is still far from the start of a new election cycle and the parliamentary majority seems to be fully functional when it comes to critical issues. A favourable situation in external debt markets may have fostered a temporary confidence that Ukraine can muddle through without concessional funding. While this could be realistic in the short term (but that is becoming less likely), the return to full-fledged co-operation is a critical precondition for a smooth, longer-term post-crisis recovery.

Unlocking the reform agenda and restoring full co-operation with IFIs will eventually rise to the top of the political agenda. The US and EU countries have provided numerous signals that economic aid is no longer a guarantee and that significantly more effort is needed to maintain the trust of Ukraine’s Western partners.

SP Advisors is a boutique investment bank and consultancy based in Kyiv.

FPRI BMB Ukraine: How well could Ukraine defend itself against a Russian attack?
Unbundled: the Gas Transmission System Operator of Ukraine
Zelenskiy meets Macron as Russia engages in a diplomatic dance over a possible Biden-Putin summit

Russia’s military exercises near the Ukrainian border have many analysts looking into Ukraine’s capacity to defend against a full-fledged attack. While Kyiv has invested heavily in modernising its military, it remains seriously outgunned.

FPRI BMB Ukraine: How well could Ukraine defend itself against a Russian attack?
3 hours ago
Romanians gripped by cryptocurrency euphoria during the pandemic
21 hours ago
BORDERLEX: EU Commission goes back to the drawing board to revive Turkey trade talks
1 day ago
COMMENT: Strengthening the foundation of the Uzbek capital markets infrastructure
1 day ago
COMMENT: Fresh US sanctions and OFZ primary market ban a global non-event, but sanctions possibly now entrenched quasi indefinitely
4 days ago