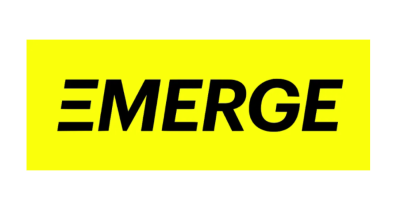 Emerge, a major conference held last week to highlight the start-up and venture scene of the ‘New East’, has published a selection of 100 promising start-ups from the region, reports East-West Digital News (EWDN).

Touted as having a unicorn potential, these start-ups were selected according to a variety of criteria – in particular, company maturity (up to three years of age), amount of capital raised (no more than $3mn), MVP and commercial traction. Successful developments amid the pandemic and a positive sustainability impact were also taken into account.

The featured start-ups come from the former Soviet Union, other Central and Eastern European countries (such as Poland and Romania) – as well as other jurisdictions across the world (EU, USA, Asia) where start-up entrepreneurs from the region tend to establish their companies to ensure their global growth.

Confirming the region’s strongest skills, 56% of the featured start-ups use such technologies as AI, ML, Big Data or computer vision.

The majority of these start-ups have a deep tech focus:

As noticed by the report, a significant fraction of the companies have a sustainability orientation. Around one third of them are interested in becoming a B-corporation; as many have at least one KPI related to sustainable development. One start-up in five has a diverse team, while 13% tend to use eco-friendly materials and abstain from using paper.

The ‘Emerge 100’ regional start-up report can be downloaded at no charge through this link.

Russia's internet major Mail.ru Group announced its rebranding into VK, the name of the social network (former VKontakte) and the key asset of the group.

Dsight, a Moscow-based business intelligence company with a focus on investment, has just released the English version of its Russian venture report covering the first half of 2021.