TASHKENT BLOG: Uzbekistan reforms are real, can they sustain them? 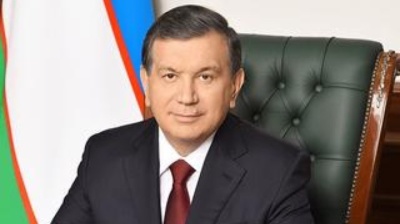 Uzbekistan is rapidly opening up but the low hanging fruit has already been picked. It gets harder from here on in.
By Eric Hontz Senior Program Officer Europe and Eurasia at the Center for International Private Enterprise (CIPE) in Tashkent October 10, 2019

Uzbekistan, a previously closed country of more than 30mn people, has been on the radar of frontier market investors since President Shavkat Mirziyoyev began a large scale economic reform program nearly three years ago. The changes in Tashkent are palpable.

There are no more questionable currency checks at the border, investment in real assets is increasing, and more investors are exploring the market. The government seems to have successfully completed some of the reforms that were low hanging fruit with wide buy-in from all sectors of the Uzbek community.

This “easy” reform period is now coming to an end. Now the real tests will begin. As one astute observer noted in a recent meeting in Tashkent: “[The government] want to change everything without changing anything.”

To my surprise, during this early reform period, a number of business associations have appeared and, more importantly, the government has turned to them for advice and input in the reform process. While the structure of the dialogue was often inadequate in terms of a review period and formality to my standards, it was nonetheless present. The government was smart enough to know to engage independent representatives of the business community in the reform process, showing an aptitude that I only wish was shared by other states in the region.

However, there are indications that the government might want to control this dialogue more directly through the creation of a state chamber of commerce, along the lines of Atameken in Kazakhstan. The creation of such an entity would undermine the fledgling roots of a real and robust dialogue with the independent business community. The creation of state mandated, and funded, business organizations undermines economic reform efforts by creating an echo chamber that only tells the government how well it is doing and how swell reforms are going. One only needs to look at the Kazakh economy to see the results. Decades of trying to diversify its economy away from natural resources has been largely fruitless.

Independent business organizations, funded by membership dues and services, are a key pillar for constructive dialogue with the government on vital economic reform issues. The membership of these organizations isn’t seeking a revolution, but rather stable progress in reforms that have a tangible effect on the business enabling environment. These are businesses after all with a great deal at stake in the success of the Uzbek economy. As such, these organizations will prove vital to the sustainability of reforms and, more importantly, achieving real results towards creating a better economy for all Uzbeks. The conversations may be uncomfortable at times, for example when talking about benefits state owned enterprises enjoy that are denied to the private sector, but these are necessary conversations that need to occur to create a brighter future for Uzbekistan.

The Uzbek government has consistently said that it wants to create a more innovative economy and stem the brain and labour drain to neighbouring countries.

Engaging with an echo chamber is not the way to get the growth the Uzbekistan government wants and only the private sector can deliver. As the degree of difficulty in drafting and implanting reforms increases and these reforms begin to encroach on vested interests the government will need partners in the reform process. Through these early efforts to create sustainable independent associations the Uzbek business community has demonstrated it willingness to engage with government on a professional and constructive manner.

If you want to judge the sustainability and commitment to reforms in Uzbekistan watch how the government interacts with these fledgling representatives of the business community. The more we see them engaged in the reform process the better the odds that Uzbekistan can achieve what is has set out to do – fundamentally change the relationship between society and government and provide increased economic growth. It’s a gargantuan task, but if done correctly Uzbekistan will quickly become the destination of choice for business in Central Asia, a region with enormous and underappreciated potential.

Brighter days ahead: The economic bounce back in 2021
Attack of the Debt Tsunami: global debt soars to a new all-time high
China business briefing: Not happy with Kyrgyzstan

Sberbank released its latest three-year strategy on December 1, and despite the bank’s rebranding to Sber, it has a ways to go to become a bona fide tech company.

Will the upcoming Biden Presidency be good for Ukraine? The answer is yes, but there are questions that must be answered.

Three decades on from the fall of the Soviet Union, Russia is learning to be just Russia. Its imperial ambitions have evaporated and its relations with its neighbours have become more pragmatic, as Kyrgyzstan, Belarus, Nagorno-Karabakh events show.