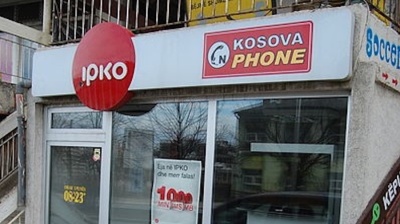 Pristina mayor Shpend Ahmeti said on June 25 that Serbian state-owned telco Telekom Srbija has placed the highest bid worth €155mn to acquire its Kosovan peer IPKO Telecommunications, but that the bid should be rejected.

“Telekom Srbija placed the highest bid for IPKO of €155mn. The bid should have been blocked. A few years ago the bid by the Albanian Elvin Guri for Telenor Bank was blocked by Serbia’s central bank. Recognition first!” Ahmeti said in a tweet.

He was referring to Kosovo's political goal, for the country, a former Serbian province, to be recognised by Belgrade as a separate country.

Serbian broadcaster RTS reported on June 25 that Telekom Srbija has made a non-binding offer for the purchase of IPKO, adding that the company cannot provide more information due to the non-disclosure agreement.

“It is known that Telekom Srbija has a clear ambition to expand its business, so this offer is another step in the realisation of that goal,” company officials were cited as saying

Telekom Slovenije started the process of selling its 100% stake in Kosovo’s IPKO in July 2019 in line with its divestment strategy.

US ready to finance Nis-Pristina highway

Following the agreement signed in Washington by Kosovo and Serbia on September 4, letters of interest were signed on September 15 to help finance the construction of the "Peace Highway", which is one ... more

Leader of the ruling Democratic League of Kosovo (LDK) Isa Mustafa warned on August 25 that his party may seek a government reshuffle at any time if the party’s coalition partners do not support ... more

Serbian President Aleksandar Vucic met Kosovo’s Prime Minister Avdullah Hoti in Brussels on July 16 marking the restart of the EU-mediated dialogue between the two countries after it was halted in ... more