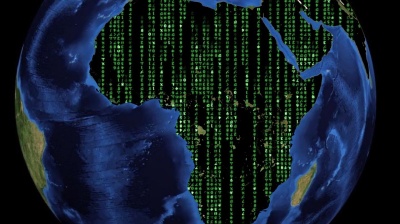 In December the investment community took notice of Jack Dorsey’s most recent moves in Africa when his tech conglomerate Block, Inc. co-led a $2mn investment round into Gridless, a bitcoin mining company helping to bring new energy generation to rural communities in East Africa.

All eyes were on Dorsey, former CEO and co-founder of Twitter, and bitcoin-focused venture firm Stillmark, whose capital injection Gridless reportedly plans to use to open new mines. It was Factor[e] Ventures, however – a team of impact venture builders focusing on potential disruptors in energy, agriculture and mobility, led by Lynsday Holley Handler on the ground in Africa – which threw its weight behind Gridless first.

“Really great founders want other entrepreneurs who have built things and understand the opportunities and challenges they face to invest in them,’’ Holley Handler said in an interview from her home in Kenya. “We do a lot of technical due diligence – six months of due diligence in the case of Gridless. We understand energy inside and out and are one of very few truly early stage tech VCs here on the ground in East Africa.’’

Holley Handler is a Partner and 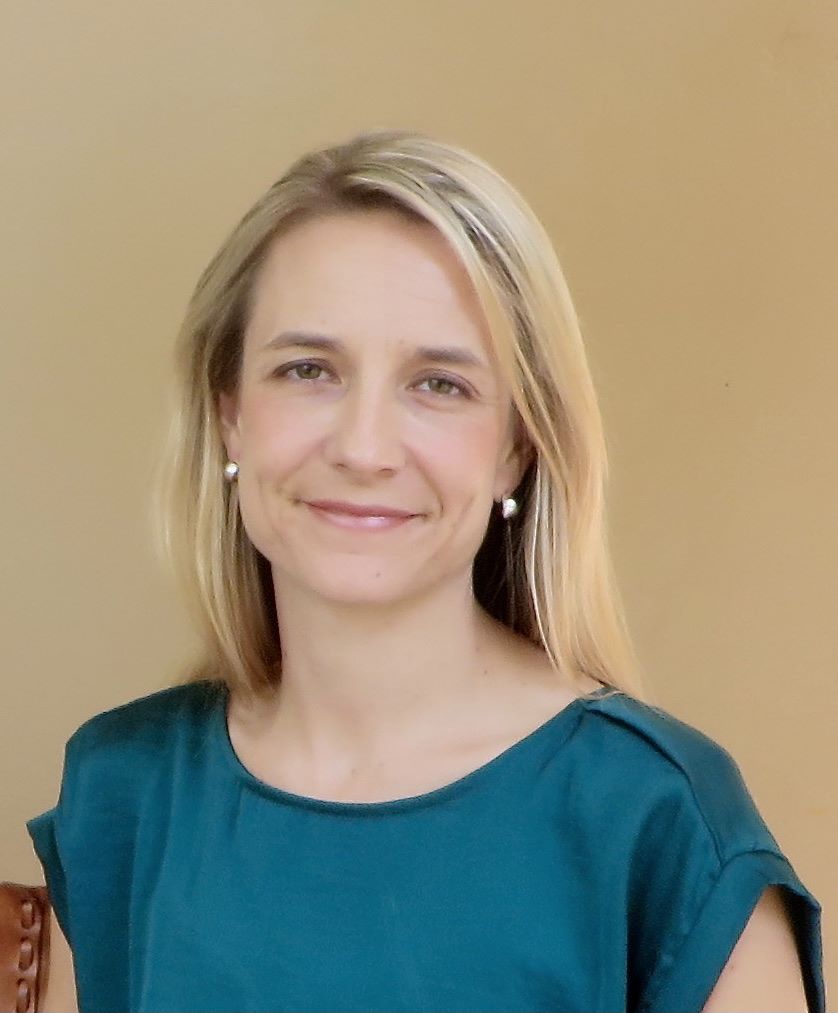 Chief Venture Builder at Factor[e] with over 18 years of venture building experience and several successful exits under her belt. Before Factor[e], she was CEO of Ugandan startup Fenix International, which expanded to 6 countries prior to being acquired in 2018 by Engie, a global energy player headquartered in Paris, France.

It was way back in 2006, however, that Holly Handler first met Erik Hersman, Co-Founder and CEO of Gridless. After their initial encounter at TED Africa in Tanzania, the two kept in touch, leading Handler to be among the first to discover Gridless last year.

In a nutshell, Gridless designs, builds and operates bitcoin mining sites alongside small-scale renewable energy producers in rural Africa where excess energy is not utilised. The company serves as the anchor tenant, financing the construction and managing the operation of data centres in rural communities where traditional industrial or commercial customers are not available, according to its website.

Factor[e] led the $300,000 pre-seed round into Gridless in June 2022, which helped put the company on the radar of institutional investors and Silicon Valley movers and shakers. The venture builder then committed an additional $300,000 in the company’s most recent round in November alongside Bloc, Inc. and Stillman – in a deal that was made public this month.

“We have benefited greatly from Factor[e] supporting and backing Gridless from day one.” Hersman said in a statement for bne IntelliNews. “Their experience and relationships in Africa’s renewable energy space means that we were able to more quickly understand the mini grid operator challenges, and find partners who make a good fit.”

At the moment, Handler is busy building out the Factor[e] Venture Studio, scouting great ideas and teams on the ground in Africa, helping them fundraise and providing post-investment support. Factor[e]'s portfolio companies, whose numbers are growing, are solving some of Africa’s greatest income inequality and climate challenges.

“We help founders build and test their first products and business models with real customers in the African market,’’ she said. “We invest meaningful capital in ventures in the ideation and pilot stage to help entrepreneurs focus on building scalable solutions and ventures that solve big problems rather than focus on fundraising for the first year. Finally, we provide entrepreneurs with a community of other founders, investors, and specialists that can lend support on the entrepreneurial journey.’’

Handler also recently helped connect Dorsey to Kenyan entrepreneurs from venture studios, accelerators and other entrepreneurial communities during his first-ever visit to the East African country.

“My conversations with incubators have been my favourite,’’ Dorsey told an invitation-only gathering of entrepreneurs, tech enthusiasts and investors on December 8 in Kenya’s capital Nairobi. “They are always the best conversations because there is so much optimism and desire to fix people’s problems.’’

The venture builder approach is the best way to tap into the most promising startups in Africa, according to Handler.

“Beyond finding great people and ideas and helping capitalise them, we are here on the ground and in constant touch with the companies we invest in, providing guidance and support,’’ she said. “In fact, what we do at Factor[e] is de-risk these startups, paving the way for larger VC and institutional capital to flow into the most promising ventures on the continent.’’

Gridless is one great example of the types of companies Factor[e] finds, supports and helps get off the ground. To be sure, the problem that Gridless is trying to solve is not insignificant. In 2020, more than 50% of people across Africa were without electricity, highlighting the immense demand for reliable, clean, and affordable energy for this region.

“Africa needs affordable electricity,” Hersman said in a statement. “Our work in supporting renewable energy mini grid developers fills a gap, helping developers expand faster, be more sustainable, and serve thousands of households. This investment, and the high calibre of partners that are coming alongside us, means that we can accelerate our rollout knowing that we have both the capital and strategic support required.”

Gridless currently has three operational pilot sites in Murang’a, a rural town northeast of Nairobi. Each mine runs on hydroelectric power from HydroBox, an energy company based on the continent. Two of the mines have about 50 kilowatts of capacity, and over the next few weeks, the third mine will expand to 300 kilowatts.

The plans are impressive, given that just 50 kilowatts would power about 800 households. In January, Gridless plans to launch another 50-kilowatt hydromine in Malawi and its first solar-powered site in West Africa that will have a 30 kilowatt capacity, the company told CNBC.

Dorsey sees Africa as “the future’’ with other investors in tow

“Here [in Africa] you immediately feel the need and the necessity,’’ Dorsey said at the December 8 event, hosted by iHub, an innovation hub and hacker space for the tech community in Nairobi. “This is what really cemented my interest in Africa and the people here.’’

He became particularly interested in Africa several years ago because, as he put it, he “saw it as the future.’’ This sentiment seems to be shared by Handler and other investors.

Visa Foundation and Mastercard Foundation Africa Growth Fund have recently announced their investment in the Nigerian equity and gender-focused Aruwa Capital Management, helping the Lagos-based firm raise more than $20mn for female-led startups. And just last month, the International Finance Corporation – the World Bank Group’s private-sector arm – said it will invest $225mn in a venture-capital program to fund technology startups in Africa and the Middle East.

“IFC’s Venture Capital Platform will help tech companies and entrepreneurs to expand during a time of capital shortage, creating scalable investment opportunities and backing countries’ efforts to build transformative tech ecosystems. We want to help develop homegrown innovative solutions that are not only relevant to emerging countries but can also be exported to the rest of the world,” Makhtar Diop, IFC’s managing director, said in a statement to TechCrunch.

Capital crunch or not, Africa has never really been spoiled by an overabundance of VC money – at least not in absolute terms. However, investment has been climbing steadily with African startups attracting a record $3.5bn of VC investment in the first half of 2022, which represents 133% growth versus the same period last year, according to the African Private Equity and Venture Capital Association. So, there is a good chance that 2022 will turn out to be a record-breaking year for venture investment into Africa after all, with even better and brighter things to come in the new year.

“We see opportunities across Africa – in particular when it comes to technology ventures in Kenya, Nigeria, Ghana and Addis, some of the largest and most entrepreneurial ecosystems, but we are open to great founders and ideas in other markets across Africa as well,’’ Holley Handler said, adding that what really drives her is making great technology available to everyone.

Climate-related crises among main drivers of human trafficking, UN drugs and crime office says
NEMETHY: Key economic and financial drivers to watch in 2023
Start of a new super cycle – fat and flat for 2023?

Employees claim Bulgarian Facebook moderators controlled by Russia
6 days ago
EWDN: A year in review – How Ukrainian tech resisted the war in 2022
7 days ago
Pictures of Serbian President Vucic isolated at Davos go viral on social media
10 days ago
Russia to slash AI development support
11 days ago
Romania’s Digitail raises €11mn to scale up software for vet clinics
17 days ago