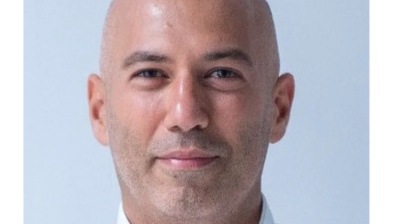 Denis Sverlov is now a techbillionaire.
By Adrien Henni of East-West Digital News in Moscow April 7, 2021

A new Russian techbillionaire emerged last week on the NASDAQ with the SPAC-enabled IPO of Arrival, a company touted as a game-changer in the electric car industry.

Born 42 years ago in the Soviet republic of Georgia, Denis Sverlov founded his first company — an ERP integrator called IT Vision — in 2000, immediately after graduating from university in St. Petersburg. He sold it three years later to a system integrator, East-West Digital News (EWDN) reports.

In 2007, Sverdlov was among the co-founders of Scartel (Yota), one of Russia’s most remarkable technological successes of the late 2000s and early 2010s. With support from Sergey Chemezov, the CEO of Rostec and one of Putin’s oldest friends, Yota pioneered the Russian Wi-Max and LTE markets, deploying the world’s first LTE advanced network in Moscow.

The company also launched an innovative dual-screen smartphone. Sverdlov was one of the two authors of the international patent for this device – which did not turn out to be commercially very successful, however.

Scartel’s telecom business was finally acquired by Megafon, one of Russia’s telecom majors, while the smartphone manufacturing branch was sold to Rostec and a Hong Kong company.

From business to government

Sverdlov saw in his work “a unique chance to create an efficient regulation system for industry development”; however, he left this position a year later, in order to comply with new legislation that did not permit government members to hold assets abroad.

Like many other top Russian tech entrepreneurs – from Sergey Beloussov, to Andrey Andreev, to Ratmir Timashev, to name just a few – Sverdlov found abroad his way to a larger fortune.

From Moscow to Oxfordshire

In 2015, the serial entrepreneur moved to London and launched a $500mn start-up fund called Kinetik.

The fund’s first investment went to Charge – the original name for Arrival – a company founded and headed by Sverdlov himself “with the idea to reinvent the way automobiles are made.” Charge first established itself in Enstone, near Oxford, at the site of the Lotus Formula One racing team. Sverdlov said this location made it easier to hire local top automotive engineers.

Sverdlov’s second creature was Roborace, “the world’s first extreme competition of teams developing self-driving AI.” Wired has described this business as promoting “a new sport where teams pit their artificial intelligence against competitors.” Teams differentiate themselves neither by the cars they use (which are identical electric cars) nor by how well competitors can drive — but how well they can code.

Charge (Arrival) initially aimed to develop electric powertrains for trucks and buses – combining an electric battery and a one-litre fuel generator, resulting in total range of about 700 km for commercial vehicles. Six years later, Arrival claims to have designed “best-in-class [electric vehicles (EVs)] with an exceptional user experience that are priced competitively with fossil-fuel vehicles and have a substantially lower total cost of ownership than both fossil fuel and electric variants.”

These lower-cost EVs open the way to “accelerated mass adoption globally.” Arrival expects to generate some $14bn in revenue by 2024, reports Forbes.

Designed to produce any vehicle from Arrival’s portfolio, these Microfactories can be deployed “anywhere in the world within six months, using existing warehouses close to areas of demand.”

Arrival has inked contracts with operators of delivery vans under competitive pressure to go green. “UPS has ordered 10,000 battery-powered commercial vans worth $1bn; the vehicles are expected to be on the road by late 2021,” reports Forbes. The company claims its vans will be lighter, more spacious, more energy-efficient and roughly twice as cheap as their rivals, which include the Ford Transit and the Mercedes Sprinter.

Among the firms’ products are also public transport buses. Not only do they promise to lower carbon emissions: they may also enhance passengers’ protection by employing social distancing measures inside the vehicles. Announced back in June last year, the Arrival Bus has “an adjustable interior to allow for passengers to follow protective measures while travelling and minimise the risk of either contracting or spreading the novel coronavirus,” notes Russia Beyond.

As of November 2020, Arrival has reported signed contracts with a total order value up to $1.2bn. Its first products are planned for production in Q4 2021.

“There are more than 560 cities in the world which have a population of over 1mn people, and each of these cities could have a microfactory producing 10,000 vehicles specifically tailored for the needs of that market,” Sverdlov was quoted as saying. “This model can be as scalable as McDonald’s or Starbucks.”

The SPAC transaction between Arrival and CIIC was agreed in November last year. The combined company became publicly listed on Thursday, March 25 at $22.40 per share, bringing gross proceeds of $660mn and securing a $13.6bn valuation. This brought Sverdlov’s fortune to $10.6bn, according to Forbes.

FPRI BMB Ukraine: How well could Ukraine defend itself against a Russian attack?
Unbundled: the Gas Transmission System Operator of Ukraine
Team Navalny pulls the trigger on the next big demonstration scheduled for April 21

Unbundled: the Gas Transmission System Operator of Ukraine
6 hours ago
EXPLAINER: Just how bad are the sanctions on Russia’s ruble-denominated OFZ treasury bonds?
1 day ago
Uzbekistan's stock market sees its first big "pump & dump" incident
1 day ago
Allegro will have to move fast to stem the Amazon flood
1 day ago
Kyrgyzstan president prescribes poison root for COVID-19
3 days ago