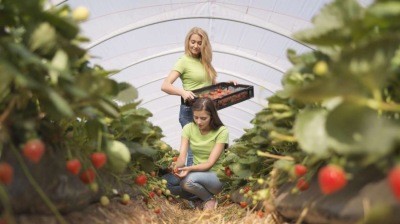 A few EU accession candidates were given the cherished right to travel in the EU visa free, but due to growing residency abuses and as punishment for foot dragging on reforms that right may be rescinded. / wiki
By Clare Nuttall in Glasgow, Ben Aris in Berlin October 5, 2021

Ahead of the EU-Western Balkans summit on October 6, a leaked EU document revealed that several EU member states are seeking to restrict visa-free travel for some nationals from the region as well as other East European countries.

The internal EU document seen by EUobserver showed that the potential use of the Visa Suspension Mechanism is being discussed. A decision to activate the mechanism would see visa-free travel to the EU being suspended following a growth in irregular stays in the EU and unfounded asylum claims.

Most of the EU-aspiring Western Balkan states as well as Georgia, Moldova and Ukraine have visa-free agreements with the EU, allowing their citizens to travel to the EU for up to 90 days without needing a visa.

Large numbers of Ukrainians started coming to the EU to work from 2014, when Kyiv signed its EU Association Agreement. The same year, Russia illegally annexed the Crimea from Ukraine and conflict broke out with Russian-backed separatists in the east of the country, which resulted in Ukrainians seeking work in western countries rather than Russia.

Millions of Ukrainians left their homeland, although typically most were going for an average of three months to make some extra cash before they returned home again. By 2019, there were an estimated 2.3mn Ukrainians in the EU including 900,000 in Poland, according to the European Commission. However, there are an estimated 3mn Ukrainians living in Russia as well after around a million fled the easternmost regions after fighting broke out in 2014. Moving to Russia is the easier option as Ukrainians do not need either a visa or a work visa to enter and live in Russia, plus most Ukrainians speak Russian.

Currently up to a fifth of Ukraine’s active labour force is thought to be abroad in ex-pat jobs, causing major labour problems at home too.

The Prime Minister of Poland Mateusz Morawiecki said this week that, “if not for Ukrainian workers, the [agricultural] sector would go bankrupt”.

The pandemic forced many workers to go home last year, causing a renewed labour shortage this year. The problem became so bad that farmers were proposing to charter planes to fly Ukrainian workers in to work in the fields. Last week the Polish Minister of Agriculture, Jan Krzysztof Ardanowski met with the Ukrainian ambassador to Poland Andriy Deshchytsia to discussed the urgent need of Polish farmers to employ seasonal workers from Ukraine. "It is important for us that the citizens of Ukraine are willing to come to work in the Polish agricultural sector because the demand for skilled agricultural workers in this market is very high," said the Polish minister.

But now the EU visa-free perk may be rescinded by the EU, thanks to foot-dragging by the government in Kyiv on reforms and residency abuses by migrant workers. The deal was won by former president Petro Poroshenko and is considered to be his biggest achievement by most Ukrainians who cherish their freedom of travel in the EU. If visa-free status is withdrawn that would be a major blow to the new Zelenskiy administration.

Visa-free agreements with the Western Balkans states also opened the way for their citizens to seek work in EU countries.

However, an increase of over 50% in irregular stays or unfounded asylum claims could lead to visas being reimposed for their nationals and those of Georgia and Moldova.

As reported by EUobserver, the document showed Germany reported high levels of unauthorised residence offences by citizens of Albania, Moldova and Ukraine, with Georgia and Serbia also considered among the problem countries. Asylum claims from Georgiana and Moldovans in particular soared in Q2 2021.

For France, the main problems were irregular stays and asylum claims from Georgians and Albanians.

While most of the complaints, according to EUobsever, were from the richer West European EU members, the Czech Republic also reported an increase in unfounded asylum claims from Georgians, Moldovans and Ukrainians.

After citizens from the region were offered visa-free travel over the last few years, only one formal request to suspended it has yet been made: the Netherlands asked in 2019 to suspend visa-free travel for Albanians over concerns about organised crime, specifically drug trafficking, human trafficking and money laundering. However, the European Commission rejected the request.

Concerns over the number of Georgians migrating to the EU have also grown since Georgia was granted visa-free travel with the EU in 2017.

The following year it was reported that more than 1mn Georgians were employed abroad, while only 825,000 were working in Georgia, according to a comment piece by statistician Soso Archvadze published by Resonance Daily.

Criticism of Georgian migrants became increasingly loud in Germany, where in 2018 German Chancellor Angela Merkel said that Georgia should be classified as a "safe country" of origin, thereby placing an extra obstacle in the way of Georgian citizens seeking asylum in Germany.

After EUobserver revealed the discussions among EU member states’ representatives, Georgian Foreign Minister David Zalkaliani said that the amount of Georgian asylum seekers in the EU was down by 75%, rather than being up. “This is one big lie,” stated the top Georgian diplomat. “Nothing is threatening us. Everything is very well.” Noting that Georgia is fulfilling its obligations under the visa liberalisation, Zalkaliani reassured the public that “no suspension mechanism will be activated against Georgia.”

In Albania, which along with Georgia is one of the top source countries for asylum seekers in the EU, the opposition seized on the news and blamed Socialist Prime Minister Edi Rama’s government for the situation.

“Rama's Albania is a deserted Albania. We have the highest number of asylum seekers in Europe [not including Georgia], risking one of the points set by the EU for the opening of [accession] negotiations,” wrote the deputy chair of the opposition Democratic Party, Jorida Tabaku, on Facebook on September 30.

“[T]oday there are over 200,000 Albanians who have fled the country in eight years. They do not see the future here, they no longer believe in a government that works for itself and impoverishes Albanians,” Tabaku added.

Eurostat data released days before EUobserver’s revelations, shows 103,895 first-time asylum seekers applied for international protection in EU countries in the second quarter of the year, up by 115% compared to Q2 2020, when movement was restricted because of the coronacrisis, but 28% below Q2 2019. 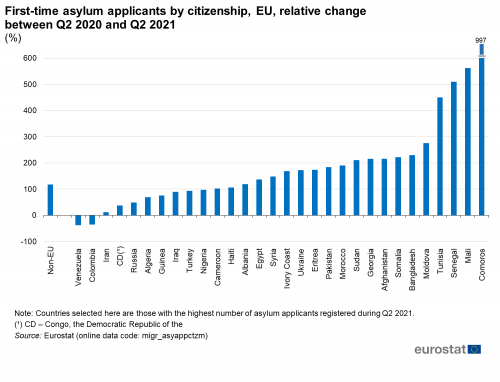 Most first-time asylum applicants were from Syria, Afghanistan and Pakistan. More applications from Afghans are expected after the Taliban’s swift takeover of most of the country this summer. Already, the number of applications lodged by Syrians and Afghans in Q2 2021 surpassed the pre-pandemic levels observed in Q2 2019. Together, citizens of the three countries accounted for 37% of all first-time asylum applicants in Q2 2021.

Also among the top 30 source countries for asylum applicants were several countries from emerging Europe: Turkey, Georgia, Iran, Ukraine, Albania, Russia and Moldova. There were also numerous African countries, with the largest numbers coming from Somalia and Morocco. 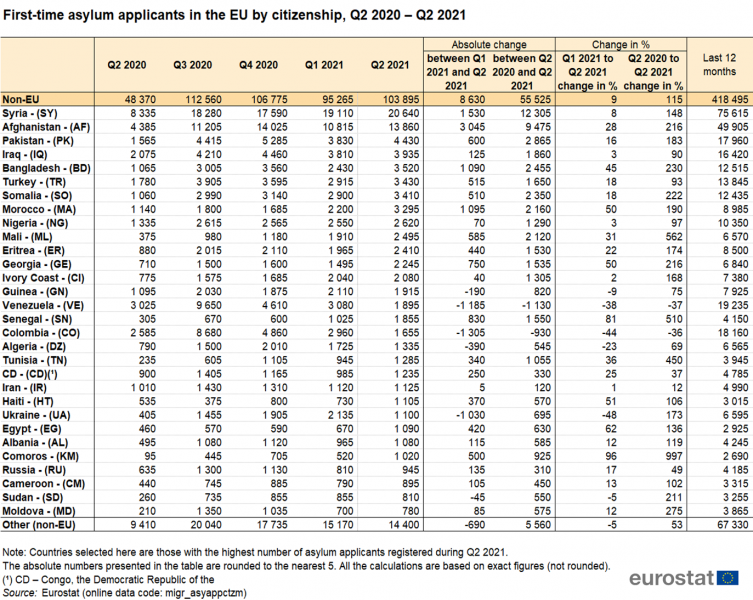 Belarus’ turn to China
1 day ago
East and West clash in Bulgaria’s snap general election
1 day ago
Old faces set to keep ruling Bosnia post-election
1 day ago
Georgia’s border clogged with thousands of Russians fleeing the Kremlin’s mobilisation
1 day ago
Meloni won the elections, but her programme won’t make Italy the next Hungary
1 day ago