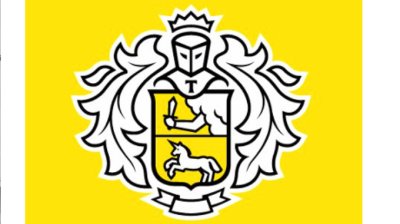 The digital assistant "Oleg" will talk to frausters and spammers for you, says Tinkoff Bank
By East West Digital News in Moscow June 20, 2021

‘Oleg’ is also unique in the world in that “it can be easily activated both in the Tinkoff super app and via popular messengers such as Telegram and VKontakte,” the company claims.

Tinkoff touts its AI-powered creature not just a personal assistant but also a “secretary” and a “defender,” with “special functions aimed [at protecting] people from dangerous, undesirable or annoying calls from spammers and fraudsters.”

As reported by Russia Beyond, here is the kind of dialogue Oleg can sustain:

From number recognition to anti-fraud scripts

‘Oleg’ is a powered by advanced technologies in the fields of machine learning, voice recognition and synthesis. Its abilities include:

Trained on the recordings of 110mn calls in Russia, ‘Oleg’ can respond to more than 100 different call scenarios – including those involving spammers and potential fraudsters.

“While ‘Oleg’ responds politely to the contacts from its owner’s address book, he may start joking and trolling spammers and other fraudsters,” says Tinkoff.

“Today people in Russia have two big problems while making and receiving calls on mobile phones: spammers who inundate them with calls and fraudsters who try to deceive them. This is why we decided to train ‘Oleg’ to turn it into a ‘wall’ between mobile subscribers and undesirable calls, and open it to subscribers of all mobile operators,” stated Stanislav Bliznyuk, chairman of the Tinkoff management board.

‘Oleg’ was unveiled by Tinkoff founder Oleg Tinkov in 2018. In January 2021, Tinkoff Mobile launched a 2.0 version of the voice assistant, enabling customers to create their own mobile concierge with custom features. Two months later, ‘Oleg’ was integrated into Clubhouse – a move presented as a world first.

Another Russian-made, cutting-edge voice assistance is Alice, launched by Yandex in 2017. The search leader also offers a professional version of its service, ‘SpeechKit Pro,’ to recognise or voice texts in several languages.