Tourists stay away from Montenegro as prices rival Cote d’Azur 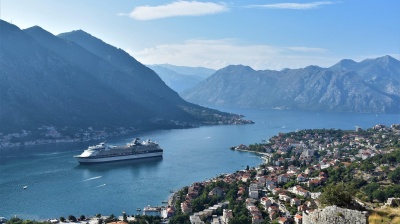 Montenegro’s Prime Minister Dritan Abazovic has warned that the number of foreign tourists during the summer season in the country is lower than expected due to the significantly increased prices at hotels and restaurants, Indikator.ba reported on July 19.

Tourism is a key industry for Montenegro’s economy, contributing around a quarter to its GDP. Although the authorities have projected that this summer season might be better than that in 2019, so far the number of visitors is lower than expected.

Abazovic noted that the prices are equal to those at the Cote d’Azur, resulting in a lower number of visitors.

On the other hand, the income from tourism is at the expected level, Abazovic noted.

According to the latest statistics office data, Montenegro’s consumer prices went up by an annual 13.5% in June, after rising by 11.7% y/y in May. Food and non-alcoholic prices increased the most in May, by 22.5% y/y.

Mirko Stanic, member of the leadership of the Montenegrin Social Democratic Party (SDP), commented to Mina Business that the government must take urgent measures to attract tourists and that the national tourist organisation's campaign started late and was carried out with a lower budget.

The Democratic Party of Socialists (DPS) has accused the government of being responsible for the weaker than expected tourist season.

Aside from the high prices, the European Commission warned in its spring economic forecast released on May 16 that Montenegro’s economy will significantly slow down its growth in 2022, to 3.8% from 12.4% a year ago, as tourism activity in the country will be negatively affected by Russia’s war in Ukraine.

In 2021, a robust revival of tourism pushed up Montenegro’s economy, but this is expected to slow in 2022. Surging energy and food prices will also drag down the economic growth, the EC noted. As Russians and Ukrainians represent 20% of all tourists in the country, the sector will be badly hit by the war in Ukraine.

“Tourism in particular is expected to perform worse in 2022 than previously expected and to reduce exports of services, while the fiscal stimulus is set to support private consumption particularly in 2022, before the impulse runs out in 2023,” the EC noted.