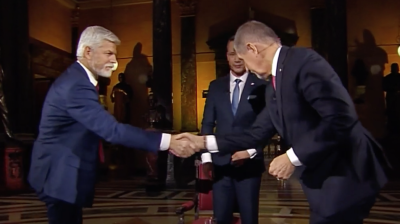 Czechia has been called out for its stance on violence against women and for the unequal position of Roma by the United Nations' Universal Periodic Review (UPR) of human rights. A final report with recommendations for Czechia is to be released on February 10.

UN member countries pointed out that Czechia still has not ratified the Istanbul Convention of the Council of Europe condemning domestic and sexual violence, including forced marriages or so-called crimes of honour and mutilation of genitals. Czechia has also been called on to redefine rape in its national legislation.

Ratification of the Istanbul Convention has been opposed by conservative deputies in the ruling centre-right five-party coalition as well as by deputies from the far right and populist opposition. Ratification has fallen victim to culture wars led by the right aimed at steering emotions among the public.

At a recent presidential debate at Czech Television between the runoff candidates, opposition leader and billionaire Andrej Babis and retired army general Petr Pavel, Babis referred to the Istanbul Convention as “nonsense” while at the same time conceding that “women are afraid to report rape” in Czechia.

Only 5% of rapes get reported in Czechia and surveys show that some 40% of the population think women are co-responsible for getting raped. Low awareness of sexual violence in society has been addressed in relation to several high-profile cases of men in positions of authority investigated for committing systematic cases of sexual violence against women.

Czechia was also called out over systematic discrimination Czech Roma face in schools or when dealing with authorities. The country has coped with several international scandals over the mistreatment of Czech Roma in the country, including the death of an intoxicated young man following a police arrest and failure to compensate women who were sterilised without consent in the 1980s. A compensation scheme was implemented but authorities have failed to process some of the applications as some victims passed away without ever seeing compensation.

The Czech delegation has been led by the Czech government’s Human Rights representative Klara Simackova Laurencikova, who was appointed last year after the post was vacated for several months. Czechia’s national report submitted to the UN states that based on the previous UPR it had received 201 recommendations, met 177 of them, and took 24 into account.