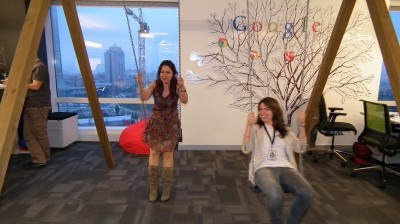 The Google office in Istanbul has fallen foul of regulators.
By bne IntelliNews February 16, 2020

Earlier this month, Google mounted a verbal defence against the proposed fine.

Last March, the board opened an investigation into claims that Google used abusive tactics to quash rivals. The probe was triggered by a filing made by Russian competitor Yandex.

In November, the board ruled that the changes Google made to its agreements with Android partners in Turkey based on the earlier ruling fell short of requirements and the company should not continue to operate in Turkey with a business as usual approach.

The board advised Google in its ruling to make some changes in its Shopping Unit feature within three months.

Google has 60 days to file a lawsuit at administrative courts in Ankara against the ruling.

Approaching a court in Ankara may not bring Google what it set outs to achieve, but it may first apply to the Presidential Palace in Ankara to solve its problems. However, Google has been in trouble with the Palace for almost a decade.

As of March 1, 2020, a 7.5% tax on the ‘sales revenues’ of technology giants, including Google, Facebook and Amazon, is coming into force in Turkey.

The Palace wants Google and Facebook to locate their servers in Turkey.

In December 2019, Google informed Turkish business partners that it would not be able to work with them on new Android phones to be released in Turkey. It made the move after the competition board judged the changes Google had implemented in its contracts were not acceptable.

“Consumers will be able to purchase existing device models and will be able to use their devices and applications normally. Google’s other services will be unaffected,” it said, adding that it was working with the authority to resolve the issue.

In September 2018, the authority fined Google TRY93mn, 0.05% of its revenue per day, for violating competition law with mobile software sales.

Vodafone Ukraine, the second largest Ukrainian mobile operator, has placed a Eurobond issue for $500mn at 6.2% per annum. A source in the banking secotor told news agency Interfax that the demand ... more

The Committee to Protect Journalists (CPJ) has called on Turkish authorities to restore the cancelled press cards of hundreds of reporters and establish a transparent and impartial process for ... more