Turkey’s auto market may shrink by up to 80% in July, Honda executive says 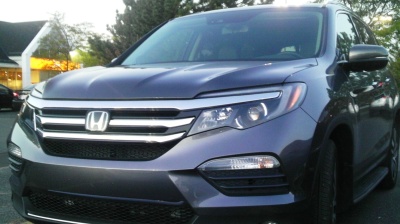 Honda and fellow automakers have hit a big bump in the road in Turkey.
By bne IntelliNews July 22, 2019

Recession-hit Turkey’s ailing auto market may see a very deep contraction in July, according to the deputy general manager of Honda Turkey.

“Sales could drop as much as 80% in the month. Potential buyers still expect a move from the government to extend the special consumption tax reduction on cars and because of this expectation they are delaying their purchases,” Bulent Kilicer said.

The tax reduction on cars expired as of end-June. The situation demonstrates how reliant on fiscal stimulation Turkey’s economy has become in the wake of the currency crisis that triggered the country’s ongoing economic woes, including dramatic slumps in consumer demand.

Consumer index drops
The latest Turkish consumer confidence data, released on July 23, show the confidence index fell to 56.5 points in July from 57.6 points in June. The index stood at 55.3 points in May, its lowest level on record since the data was first published in 2004. A confidence level below 100 indicates a pessimistic outlook.

Sales have almost come to a halt as tax reductions expired, confirmed Haydar Yenigun, head of the Automotive Manufacturers’ Association (OSD). The body reported earlier this month that the country’s auto output declined 13% y/y in the first half of the year.

Yenigun, however, did not provide any figures.

The Automotive Distributors’ Association (ODD) reported this month that sales declined 16% y/y to 43,000 units in June. That followed the 56% y/y and 55% y/y contractions in April and May.

Auto sales in Turkey have declined in every single month since April 2018.