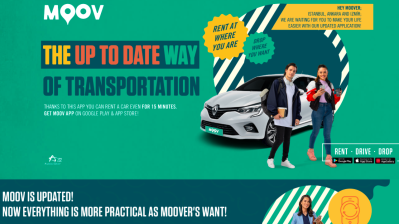 In February, all shares in Turkey's online rapid groceries delivery player Getir were transferred to the Netherlands-based Getir B.V.

Getir, launched in 2015, has recently been moving ahead with an aggressive expansion strategy to benefit from favourable conditions on the global groceries delivery market driven by the coronavirus (COVID-19) pandemic.

In 2021 so far, the company has launched services in London, Amsterdam, Berlin and Paris. It also acquired Spanish peer Blok to expand into Madrid, Barcelona and Milan.

With the Blok brand, Getir plans to soon launch operations in Lisbon.

Getir is additionally planning to go online in several cities in the US in Q4. Sao Paolo is scheduled for H2 2021. Mexico City is another target.

The company also plans to expand to a total of 15 cities in the UK.

Ex-Google board member Michael Moritz has been an investor in Getir since 2020 and a co-founder of Russia's leading internet company Yandex, Arkady Volozh, has since 2016 also been among the Getir investors.

In April, the Turkish competition board launched a probe looking at 32 companies, including Getir, in relation to the signing of a “gentlemen’s agreement” to prevent workers moving between companies.

Business Insider: Western tech majors have tested or used controversial Russian face recognition technology
5 days ago
From 4G to 6G: How Russia seeks to develop mobile networks amid shortages of domestic frequency and foreign equipment
5 days ago
Should I stay or go for founder of Russian internet major Yandex
9 days ago
EVs in Uzbekistan bring problems and prospects
12 days ago
Poland-based Deepflare bags €1.5mn to fast-track mRNA vaccine development with AI
15 days ago