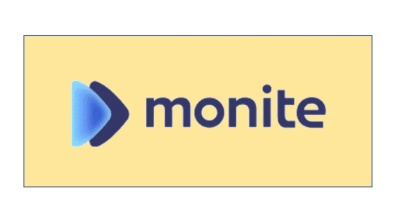 Monite announced the completion of a €1.1mn pre-seed funding round.
By East West Digital News in Moscow March 22, 2021

Earlier this month in Germany, a Russian-founded startup launched a “4-in-1 finance platform” for SMEs – a solution that automates admin and accounting processes, reports East-West Digital News (EWDN).

The startup, dubbed Monite, also announced the completion of a €1.1mn pre-seed funding round, which involved no less than 10 investors. Among them are Berlin-based signals Venture Capital, Zurich-based Tomahawk VC, Turkish fund InVentures and Runa Capital, an international VC firm with Russian roots. Several individual investors are also there, including Dutch Bas Godska – a serial investor in both Eastern and Western Europe, founder of Acrobator Ventures, – former Deutsche Bank board member Ralph Müller, Postbank Board Member Lars Stoy, and others.

Monite claims to “replace 10+ tools saving you 50% of time & costs.” Its functionality includes multi-banking, invoicing, incoming invoicing automation, expense management and accounting automation.” “I’ve personally experienced the pain points that Monite solves,” said Cédric Waldburger, founder of Tomahawk Ventures. “I know how time-consuming the systems and tools are that SMEs use for all their financial and accounting. Monite has taken on a big task, which they’ll tackle via the product’s own growing functionality and through its ability to integrate with third-party software. The technology in combination with the experienced founding team has convinced us.” The Monite team includes Ivan Maryasin, CEO and co-founder; Andrey Korchak, CTO and co-founder; Almir Muminovich, COO; Alex Polovnikov, Frontend Lead; and Alina Matlakhova, QA Lead.

A number of startup entrepreneurs from Russia and Eastern Europe tend to move to Western Europe or the US as they or their projects get mature. Notable examples of Western European startups founded over the last years by people from Russia include Bioniq, Endel, Humaniq, iFarm, Novakid, Revolut and many others.

This article first appeared in East-West Digital News, a partner of bne IntelliNews. Read the rest of the interview here