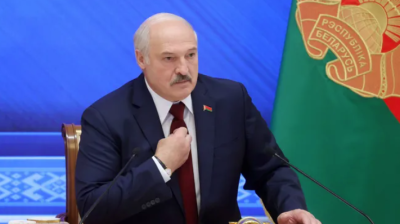 The new UK and US sanctions on Belarus hit the potash and oil sectors as well as completely banning investments in the country's debt that could badly wound the economy
By Ben Aris in Berlin August 9, 2021

One the anniversary of the fraudulent presidential elections that plunged Belarus into its worst political crisis since the fall of the Soviet Union, Washington and London ramped up their sanctions regimes and hit several of the republic’s most vulnerable spots hard.

Both the UK and the US imposed new sanctions on Belarus’ potash and refined oil products that together make up around half of the country’s export earnings. The UK also banned investors from buying or trading in Belarusian primary debt issues or trading existing securities on the secondary market that will cut the republic off from the international capital markets completely.

Opposition leader Svetlana Tikhanovskaya has been relentlessly touring the world to lobby for support from western leaders. In the last few weeks she met with both US President Joe Biden and UK Prime Minister Boris Johnson and has been calling on the West to ramp up sanctions on Belarusian President Alexander Lukashenko. The opposition’s plan appears to be to precipitate an economic crisis that might push Russia to oust Lukashenko to head off the collapse of the country. Leading voices in the opposition have told bne IntelliNews that the only way of removing Lukashenko is to make the cost of keeping him “too expensive for the Kremlin to want to pay”, acknowledging that the Kremlin is the only international player in a position to remove Lukashenko from office.

Lukashenko announced the news in the middle of an eight-hour marathon press conference that was described by those that attended as an attempt to create an alternative reality where “black is white and bad is good”. Visibly shaken, the president lashed out at the UK. “You can choke on those sanctions, you are American lapdogs!” Lukashenko bawled.

UK announced what it called a “significant new package” of economic sanctions on Belarus in response to human rights violations, the Foreign Office said in a statement.

The UK package includes new measures to prevent Belarusian air carriers from overflying or landing in the UK, and a ban on the provision of technical assistance to Lukashenko’s fleet of luxury aircraft.

More biting are a set of new measures that target the republic’s cash cows: restrictions in the trade of potash and petroleum products. The export of technology and inputs used in cigarette manufacturing have also been banned. Belarus is a major centre for the production of counterfeit cigarettes that are then exported all over Europe. Earlier this month customs officials seized a shipment of lumber that was found to conceal 600,000 packets of cigarettes destined for export to the rest of Europe.

The UK also targeted financial instruments and banned the purchases of transferable securities and money-market instruments issued by the Belarusian state, and those issued by state-owned banks, and the provision of loans. That will prevent Belarus from issuing any new debt in London. Belarus has already been largely isolated from the international capital markets in a set of sanctions that Maximilian Hess argued in an opinion piece for bne IntelliNews will do the real damage to Lukashenko’s regime.

“The Lukashenko regime continues to crush democracy and violate human rights in Belarus. These sanctions demonstrate that the U.K. will not accept Lukashenko’s actions since the fraudulent election,” UK Foreign Secretary Dominic Raab said in the statement.

Also significant, the UK added the name of Russian billionaire Mikhail Gutseriev to its sanctions list, who is both a close personal friend of Lukashenko’s and a major investor into the country’s oil and potash sectors.

Gutseriev owns tens of millions of pounds of real estate in London and is believed to have assets worth hundreds of millions in the UK, which will now be frozen. While the EU has already sanctioned Gutseriev, both the UK and the US have been reluctant to include him in the list so far as he is a major investor in both countries.

The US also imposed fresh sanctions on Belarus on the anniversary of the fraudulent presidential elections on August 9 last year and in response to its continued incarceration of political prisoners.

The new sanctions include a long list of all of the senior officials in Lukashenko’s government who were not already sanctioned and now have visa bans as well as asset freezes on whatever assets they have in the US.

The US State Department also targeted the four key Belarusian companies and said the sanctions are aimed at “inducing Lukashenko to release political activists, journalists and civil society representatives” who were jailed December 19, following the disputed presidential election. NGOs estimate there are currently 601 political prisoners in jail, up from 17 the day before the protests began a year ago.

US citizens are now prohibited from doing business with several key Belarusian firms including oil company Belneftgaz and the major potash producer Belruskali. In addition the logistics company BelKaztrans and Absolutebank were sanctioned as well as several other companies that belong to businessmen affiliated with Lukashenko.

Lukashenko was enraged as the news of the sanctions came out in the midst of a marathon press conference.

Responding to questions from journalists, the Belarusian dictator downplayed the scale of the opposition demonstrations that erupted last year and denied evidence that Belarusian police tortured protesters in custody, claiming instead that the officers were “polite and nice”.

“The Okrestina Street detention centre isn’t a sanatorium, but no one was tortured there. You won’t scare me with an international tribunal,” Lukashenko said, referring the notorious prison in Minsk where most political prisoners were held. Multiple reports have emerged from the prison of beatings, torture and rape of the detainees. Sounds of prisoners' screams from within the prison could be heard by relatives and onlookers outside on the street on occasion.

As the news of the UK sanctions was relayed to him he told the mostly state press journalists said the UK could “choke” on its latest package of sanctions against Belarus.

On the question of constitutional changes slated for next year, Lukashenko also said that he’s going to step down “very soon”.

“There’s no need to make guesses about when Lukashenko is going to step down. It will be very soon. And pray to God that I agree to head the All-Belarusian People’s Assembly,” Lukashenko said. (He regularly refers to himself in the third person during speeches and public occasions.)

Currently the assembly has no formal power, but political analysts have speculated that Lukashenko intends to make the assembly the centre of power and take control of it in a move the president hopes will allow him to defuse the current political crisis.