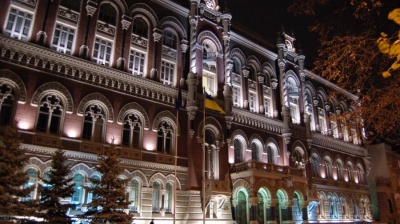 Ukraine has cancelled a planned offering of dollar-denominated Eurobonds, newswires reported on July 2.

The decision follows the resignation of National Bank of Ukraine (NBU) governor Yakiv Smolii on July 1.

Smolii cited pressure from a “systematic” campaign against him and the central bank by oligarch Ihor Kolomoisky that he said made it impossible for him “to efficiently fulfil my duty as governor and to co-operate with other government bodies.”

However, Reuters said the finance ministry has now cancelled the bond sale.

As bne IntelliNews reported on July 1, Smolii’s decision to quit was a slap in the face for President Volodymyr Zelenskiy and a vote of no confidence in his commitment to the reform agenda.

“Ensuring the central bank’s independence remains our priority,” the president’s office said in a brief statement after the news broke.

“The central bank together with the Cabinet should continue balanced monetary and fiscal policies that will help macroeconomic and financial stability, boost economy and restore banking lending. Discussions about the central bank must be “professional”, the president added.

After Smolii’s resignation the Ukranian hryvnia dropped by 1.3% against the dollar on July 2, its lowest level since April.