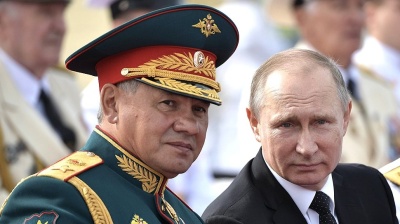 Ukraine's military intelligence has claimed that Moscow is conducting a Ukraine war recruitment campaign targeting citizens of Central Asian nations. The assertion is that efforts are largely focused on migrants from Uzbekistan, Tajikistan and Kyrgyzstan who reside in Russia as workers.

With the number of Russian citizens willing to join the war in Ukraine seemingly in decline, the Kremlin has been increasingly attempting to attract foreign citizens to the Armed Forces of the Russian Federation. In the Moscow region, for instance, top officials allegedly instructed employees of military commissariats and police departments to “conduct campaigning activities” aimed at citizens of the three aforementioned Central Asian states, according to Ukrainian military intelligence. It is said that both financial incentives and Russian citizenship are being offered in exchange for joining Russia’s war effort.

The recruitment efforts, meanwhile, are taking place amid a surge in the number of migrants from the three countries working in Russia.

The number of labour migrants from Uzbekistan, Tajikistan, Kyrgyzstan and other countries in Russia has hit 3.12mn, marking a record high for the last six years, amid the strengthening of the ruble against the currencies of Central Asian nations, News84Media reported, citing the analytical service of the auditor-consulting network FinExpertiza. The currencies slumped under the weight of economic overreliance on sanctioned Russia and the overall global economic disruption caused by Russia’s invasion of Ukraine. Most migrant workers in Russia in the first half of 2022 came from Uzbekistan (1.54mn people), Tajikistan (953,000) and Kyrgyzstan (223,000).

“If in the first quarter of 2022 [after the invasion of Ukraine on February 24] there was an outflow of labour migrants against the background of the sharp collapse of the ruble, then in the second – it was compensated with interest. This was influenced, first of all, by the unexpectedly strong strengthening of the ruble, as a result of which the Russian labour market became more attractive to foreigners, because their earnings in the currency increased,” FinExpertiza’s Elena Trubnikova was quoted as saying.

Earlier, Russia launched a new wave of “migration amnesty”. It opened its borders to migrants recorded as having administrative offences in an effort at further propping up Russia’s pressured economy with cheap labour.

The ruble strengthened to RUB50 to the dollar in early July, but as oil prices fell below $100 again on rising global recession fears the currency then weakened, falling to around RUB60 later in the month. As of August 19, the ruble was trading at RUB59.2 to the dollar.

However, analysts said the fall would be temporary due to record-breaking current account surpluses that were twice as large as previous highs. Without a significant drop in exports and a revival of domestic demand and an acceleration of capital outflows, the ruble in the coming months is unlikely to be able to confidently overcome the mark of 65/$, but rather it will consolidate in the range of 55-60/$, Russia/CIS economist Dmitry Polevoy forecast.

Though, with such indicators on the balance of payments, the ruble may still strengthen even with the restoration of imports to previous highs of $25-30bn per month, said Dmitry Tunev, chief analyst at Ingosstrakh Investments.

The Central Bank of Russia has removed nearly all of its capital controls. From July 1, 2022, Russian resident individuals have the right to transfer within a calendar month from their account in a Russian bank to their account abroad or, to another person, no more than 1mn US dollars or the equivalent amount in another foreign currency. A similar threshold has been set for transfers of resident individuals from friendly states. Previously, the restrictions on these transactions amounted to $150,000. Limits on transfers have been increased due to the stable situation on the domestic FX market.

Kyrgyzstan, Uzbekistan warn citizens not to sign up to fight for Russia in Ukraine

More pain stored up for Emerging Europe in 2023
Taliban sign deal to buy Russian oil, gas and wheat
Kyrgyzstan, Uzbekistan warn citizens not to sign up to fight for Russia in Ukraine