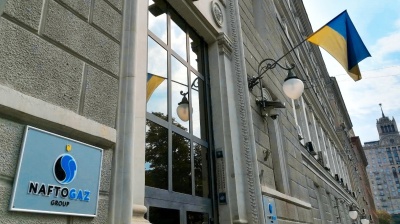 Naftogaz placed Eurobonds for the maximum amount approved by its shareholder, the Ukrainian government, and at "a rate below the approved ceiling". The Eurobond issues do not carry a state guarantee, according to the statement.

"The level of interest generated by the issue shows investor confidence in Ukraine and is a recognition of our efforts to make Naftogaz a transparent and reliable company," Andriy Kobolyev, CEO of Naftogaz, said in the statement.

"Having raised the funds on attractive terms, Naftogaz is now better placed to prepare for the next winter season by accumulating gas volumes in the underground gas storages," the statement also read.

In June, Kobolev said that Naftogaz might suspend imports of natural gas for its pumping into underground gas storage facilities in August 2019 owing to a lack of funding. "If we do not find a solution to the financial issue [loans, Eurobonds, instalments on dividends to the government] in the coming month, then in August we will stop importing for Naftogaz. We have to find money in July to pay for gas in full for August," he said.

In April-June, Ukraine increased natural gas stocks in its underground gas storage facilities by 48.7% or 4.256bn cubic metres, to 13.2 bcm, according to the nation's state-owned gas transportation company Ukrtransgaz. At the same time, Ukraine aims to have accumulated around 20 bcm of gas in stocks at the beginning of the next heating season.

Kobolev said that finding the money for Naftogaz, which has liquidity problems, was directly related to the decisions of its shareholder in the person of the Ukrainian cabinet, since international banks provide loans under state guarantees or certain other conditions.

"In the case of these organisations, I fear that we will enter into a difficult discussion with the government on the subject of the Naftogaz charter or unbundling," Kobolev said.

According to Kobolev, these issues should be considered by the current government, since a solution must be found in July. Otherwise the country may not have time to bring underground gas storage facilities stocks to the 20 bcm of gas needed in case of Gazprom completely stopping transits by January 1, 2020.

Ukraine has not bought any natural gas from Russia's gas monopoly Gazprom for three years, since November 26, 2015. For previous winter periods, Ukraine did not purchase gas from Russia and instead imported gas from Russian clients in Europe such as Slovakia and Poland by reverse flows.

Meanwhile, the European Bank for Reconstruction and Development (EBRD) has announced the possibility of lending $60mn to Naftogaz with the aim of financing the purchase of natural gas for imports. The lender's board of directors intends to consider this project on July 24, according to local media.

This funding could be provided in the form of a letter of credit (l/c) to cover up to 20-30% of the payment risk of Naftogaz associated with financing the purchase of gas from reputable international traders, without resorting to sovereign guarantees.

In 2015, the EBRD opened a credit line of $300mn to Naftogaz with the aim of purchasing natural gas on the western border of Ukraine. In early 2018, Naftogaz repaid this credit line.