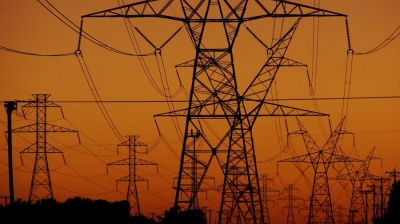 Ukraine is in the embarrassing position of continuing to import lots of power from Belarus despite promising to cut ties to the country
By Ben Aris in Belrin March 17, 2021

As the heating season is close to ending Ukraine is still importing large amounts of power from Belarus, despite a promise to break its connection to the Belarusian and Soviet-era grid.

Since the start of the year Ukraine has imported more power from Belarus than in all of 2020.

Ukraine is joined by Lithuania, which was also reluctantly importing record amounts of power from Belarus, after Belarus’ new Ostrovets (aka Astravyets) nuclear power plant (NPP) came online at the start of this year just as a cold snap struck Europe.

Both countries have promised break ties with the Soviet-era power grid by 2023, as part of their re-orientation to the rest of Europe, but embarrassingly in the meantime they are reliant on Belarus to heat and power their countries.

Ukraine has found itself in a particular difficult position, as stocks of coal used to generate power and heat have fall dangerous low and below the minimum legally mandated amounts thanks to the high demand for heat and power this winter.

For its part, Belarus must be pleased as it built the Ostrovets NPP, constructed and financed by Russia, in order to wean itself off Russian gas imports, and also to make some extra money by exporting power to its western neighbours. The facility is located only 70 km from the Lithuanian border, something that Vilnius is not happy about.

Willingness to be vaccinated rises sharply in Emerging Europe

Kyrgyzstan hits Canadian gold mine operator with $3.1bn fine and unveils law on state takeovers of companies
7 hours ago
ECHR deals big blow to Polish government-dominated top court
18 hours ago
Germany deal to buy Sputnik V dead, but India to receive 360mn doses
19 hours ago
Lukashenko signs decree on the transfer of power in the event of his death
19 hours ago
Amnesty International restores Navalny’s Prisoner of Conscience status
1 day ago