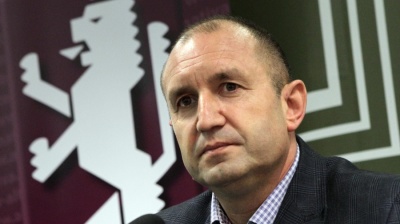 Bulgaria’s prosecution arrested Plamen Uzunov and Ilia Milushev, advisors to President Rumen Radev, and businessman Plamen Bobokov, after raiding the offices of the presidency on July 9, it said in a statement.

The three were detained for 24 hours for alleged trade of influence, the prosecution said but provided no further details. It announced that it will have to analyse the documents it confiscated in the raid in order to decide whether it can charge Uzunov and Bobokov.

The arrests came hours after the specialised prosecution entered the presidency to raid the offices of Uzunov and Milushev.

There is speculation that the action was intended to silence Radev, who has been the loudest critic of the government and the prosecution for months.

On the same day, the state security body, DANS, said it ended the access to classified information that Uzunov and Milushev had in their role as Radev’s advisors, claiming they are now a security risk and should not have this access.

Bulgaria’s specialised prosecution announced several days ago it was investigating Uzunov and local prosecutor Nikolay Nikolov over suspected trading of influence. It claimed to have received information on Uzunov and Nikolov’s activities during another investigation into alleged involvement in illegal waste imports by the Bobokov brothers who own the Monbat lead-acid batteries company.

At the time, the prosecution publicly reported chats between one of the brothers – Plamen Bobokov – and Uzunov and Nikolov. Everyone involved has denied all of the accusations and, according to their lawyers, the prosecution has no proof of such activity.

There is speculation that the July 9 raid at the presidency aims to divert attention from another potential scandal concerning Ahmed Dogan, chairman of honour of the Movement of Rights and Freedoms (DPS) and one of the most powerful politicians in Bulgaria.

Hristo Ivanov, leader of the opposition party Da Bulgaria, posted a video on Facebook showing how he went by boat to Dogan’s secluded private villa. The video shows he was pushed away by Dogan’s security services. Ivanov says this was illegal as the beach is supposed to be free for the public to use.

On July 8, Radev confirmed the guards were members of the National Security Service (NSO) and that he is demanding an investigation into why they were providing services to Dogan. The NSO is obliged to protect MPs, ministers, presidents and other top public officials but Dogan does not  hold any of these posts. Moreover, Radev said he believes the NSO should not provide services to controversial businessman Delyan Peevski, a DPS MP who is believed to be Dogan’s right hand man.

After the video was released, supporters of Democratic Bulgaria – a non-parliamentary opposition coalition of which Da Bulgaria is a member – started organising a gathering on the beach in front of Dogan’s villa on Saturday. So far, more than 5,000 people have said they will take part, while more than 22,000 said they are support it and might go.

Osman Oktai, former deputy-leader of the DPS, said as quoted by Dnevnik news outlet that those in power are panicked about possible mass gatherings at Dogan’s villa. He said he has information from his sources that the NSO dismissed the guards immediately after Ivanov’s revelation but an earlier date was written on their dismissal documents, in order to cover up the situation.

Oktai also said that, according to his information, the company Hermes Solar, which formally owns the villa, plans to lift the barrier that blocks access on July 9.

On July 9, Geshev said he would not trigger an investigation in the access to the beach in front of Dogan’s villa, claiming the requests to investigate are “political games” in which the prosecution will not participate. Geshev also made a rather controversial statement that the prosecution’s goals are to pursue “conventional crimes” that affect the lives of ordinary people.

Also on July 9 the ruling coalition decided unexpectedly that it should re-introduce some restrictions, including the ban on public gatherings, according to Valeri Simeonov, the leader of the National Front for Salvation of Bulgaria (NFSB), which is a junior coalition partner of the ruling Gerb party.

The decision comes a day after Prime Minister Boyko Borissov announced there would be no new restrictions despite the rising number of new coronavirus (COVID-19) cases. On July 9, the authorities reported 240 confirmed cases, but this figure came after the number of tests carried out in the past 24 hours was almost doubled. There had been speculation that the authorities ordered the hike in testing to get an excuse to impose new restrictions.