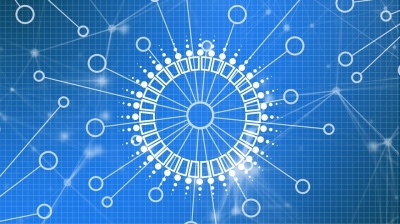 Blockchain company Guilded has expressed interest in Serbia alongside several other US companies, Prime Minister Ana Brnabic sad on July 20 during a two-day visit to the US.

Serbia is seeking to develop its IT sector and is keen to attract international investments. Like other countries in Central and Southeast Europe, Serbia offers a combination of strong IT skills and relatively low costs.

Brnabic said three or four new investments in Serbia were expected as a result of the first day of talks with the representatives of companies in New York, according to a government statement.

The prime minister said she was “very well received” and expressed hope that companies would consider picking Serbia over other overseas destinations. Companies interested in investing in the IT sector, startup companies, biotechnology and biomedicine, she said.

While not naming other potential investors, Brnabic said Guilded expressed interest in Serbia and its position in the field of blockchain.

“In the years to come, Guilded will be one of the largest and most advanced companies. If we bring them to Serbia, we will succeed in positioning ourselves on the world market in financial technologies, gold trade and the digital sphere,” the prime minister emphasised.

As she pointed out, representatives of Guilded were impressed by what Serbia has done in the fields of e-government and blockchain. The company expressed interest in Serbia’s data storage capacities and data centre in Kragujevac.

“If we finish everything started today, they will come to Serbia or keep their data in our country,” said Brnabic.

No less than 2mn preliminary diagnoses using a neural network have been made to date in Moscow during medical home visits, city authorities announced last week.

Study: VCs increasingly bet on Russian-founded startups operating abroad – rather than on domestic ones

The Untitled, one of the most established VC firms investing across Russia and Eastern Europe, has analysed investment deals involving startups founded over the past 10 years in Russia or by Russian entrepreneurs.

Russian is the social-media language of choice for Ukrainians
2 days ago
Qualcomm acquires Ukraine-born Augmented Pixels to beef up AR/VR development capacities
3 days ago
Founded in Russia 11 years ago, the Miro visual collaboration software startup is now valued at $17.5bn
7 days ago
Moscow clinics bet on AI-powered medical diagnosis, Russian startup triumphs in South Korea
7 days ago
Study: VCs increasingly bet on Russian-founded startups operating abroad – rather than on domestic ones
7 days ago