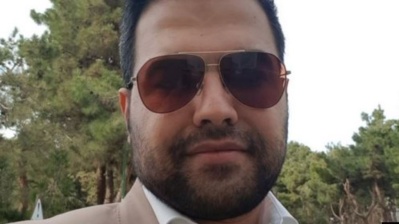 The US says it believes that Iran’s Ministry of Intelligence and Security was last November directly involved in the killing of an Iranian dissident in Turkey, according to a Reuters report.

Masoud Molavi Vardanjani was shot dead on an Istanbul street on November 14. The news agency last week cited Turkish officials who claimed that two intelligence officers in Iran’s consulate in Istanbul had instigated his killing.

“Given Iran’s history of targeted assassinations of Iranian dissidents and the methods used in Turkey, the United States government believes that Iran’s Ministry of Intelligence and Security (MOIS) was directly involved in Vardanjani’s killing,” the news service reported a senior US administration official as saying in an April 1 follow-up article. Targeted assassinations are of course not unheard of in the Middle East. The US, for instance, on the direct order of President Donald Trump assassinated second most powerful Iranian official and de facto head of Iran’s military Major General Qasem Soleimani in Baghdad with a drone strike in January. And Israel has over the years been accused of assassinating Iranians in Iran involved in the country’s nuclear development programme.

A week after the killing of Vardanjani, US Secretary of State Mike Pompeo described it as “another tragic example in a long string of suspected Iran-backed assassination attempts” of Iranian dissidents.

Late on April 1, Pompeo in a tweet said he found disturbing the reports that Iranian diplomats were involved in the killing of the dissident, but that they were “fully consistent” with their assignments.

“Iran’s ‘diplomats’ are agents of terror and have conducted multiple assassinations and bomb plots in Europe over the past decade,” Pompeo said.

A police report by the Turkish authorities into the killing, published two weeks ago, said Vardanjani had an “unusual profile.” It stated that he had worked in cyber security at Iran’s Defence Ministry and had become a vocal critic of the Iranian authorities.

Separately, Iranian Foreign Minister Mohammad Javad Zarif on April 2 wrote on Twitter that Iran has no proxies but it has friends. His remark came a day after Trump said that the country or its proxies planned a sneak attack on US targets in Iraq.

“Don’t be misled by usual warmongers, AGAIN, @realDonaldTrump: Iran has FRIENDS: No one can have MILLIONS of proxies. Unlike the US — which surreptitiously lies, cheats & assassinates — Iran only acts in self-defence,” tweeted Zarif.

“Iran starts no wars, but teaches lessons to those who do,” he added.

“Upon information and belief, Iran or its proxies are planning a sneak attack on U.S. troops and/or assets in Iraq. If this happens, Iran will pay a very heavy price, indeed!” Trump had said in a post on Twitter, without giving details of the alleged attack plot he was referring to.

A report from The Associated Press on May 12 painted a harrowing picture of just how hard doctors and nurses in Iran have been hit by the country’s coronavirus (COVID-19) emergency ... more

SAIPA, which recently overtook Iran Khodro (IKCO) to become Iran’s largest carmaker by production volume, has started a test run of its new mid-sized sedan, the Shahin (or “Shahin ... more