US opts not to sanction Iran’s Chabahar port after Indian, Afghan pressure 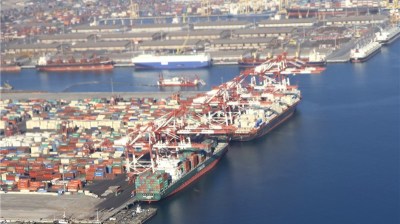 The US State Department has exempted Iran's oceanic port project in Chabahar from sanctions in recognition of its importance to landlocked Afghanistan and India’s need to bypass Pakistan to trade with both Afghanistan and Central Asia.

Explaining the decision, announced on November 6, a US State Department spokesman said: "[The Trump administration’s] South Asia strategy underscores our ongoing support of Afghanistan's economic growth and development as well as our close partnership with India."

The project to overhaul and upgrade the port—located on the Gulf of Oman, it is Iran’s only oceanic port facility, and offers direct access to the Indian Ocean—was inaugurated last year. In February, Iran said it had agreed to lease operational control of Chabahar to India for 18 months. The previous October, India sent a trial shipment of wheat to Afghanistan via the port.

“Threading a needle”
When Nikki Haley, the then US Ambassador to the United Nations, visited India in June officials there stressed to her the importance of the Chabahar plan to their country.

“We realise we’re threading a needle when we do that,” said Haley during her visit to India, describing the balancing act of ensuring Indian use of the Iranian port while the US simultaneously attempts to throttle Iran’s economy to force it to renegotiate the nuclear deal.

The Chabahar and Afghanistan exemptions from the US cover the development of the port as well as an attached railway project and Iranian petroleum shipments to Afghanistan.

Iran’s plan is to link the port by railway through Zahedan on the Pakistani border up to Mashhad in the northeast of Iran near the Afghanistan and Turkmenistan borders.

"This exception relates to reconstruction assistance and economic development for Afghanistan. These activities are vital for the ongoing support of Afghanistan's growth and humanitarian relief," the spokesman said.

India is also among eight countries that have received 180-day waivers from the US allowing for the continued importing of Iranian crude oil without fear of secondary sanctions. Although the White House says it remains determined to force down Iran’s oil exports to zero, officials have opted to push for this more gradually than originally anticipated in order to give other oil producing countries more time to replace Iranian oil on the market and thus avoid a spike in the oil price.

India also sees the Chabahar port as a key link in stepping up trade with Africa.

China has also expressed some interest in using Chabahar for some of its export flows but part of the rationale for India developing the port is to develop a rival to the Pakistani transit port of Gwadar, which China is developing to further its own trade ambitions for Pakistan, Afghanistan and Central Asia. Gwadar, on the shore of the Arabian Sea, is located just 90 km from Chabahar.