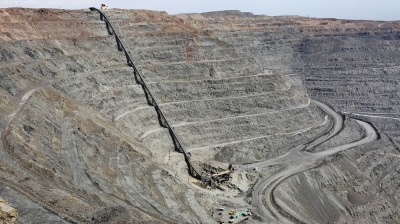 The Muruntau gold mine, located in the Qizilqum (aka Kyzyl-Kum) desert in Uzbekistan, is the world’s biggest open-cast gold mine, holding an estimated 101mn tonnes of gold.
By Ben Aris in Navoi November 21, 2021

The Muruntau gold mine, located in the Qizilqum (aka Kyzyl-Kum) desert in Uzbekistan, is the world’s biggest open-cast gold mine. Discovered in 1958, surface mining started in 1967 and dug the giant kilometres-wide hole that the mine is today. Owned and operated by Uzbekistan’s state Navoi Mining & Metallurgy Kombinat (NMMC), it is also going to be put up for privatisation and is the biggest asset the country has to offer for sale.

“We are the biggest company in the country and the number one contributor of taxes to the government. About 20% of the total tax take is combined money!” said Nikolai Snitka, the jolly chief engineer of Navoi Gold who has worked at the mine for almost four decades. 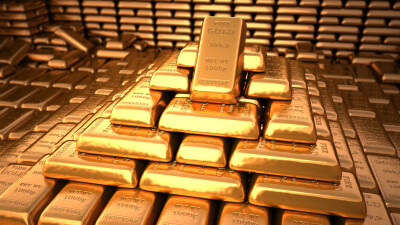 In Soviet days the city was closed to visitors and populated with a big contingent of Russians and especially Ukrainians (Snitka is Ukrainian), as those countries have strong mining communities. But today the nearby city of Navoi is flourishing, as both the city and the economy have been thrown open.

The gold mine has been through four stages of development since it was founded and a fifth development phase is currently underway, due to finish in 2026.

The first goal has been to produce more gold. The mine got a new lease of life in 2016 when Uzbek President Shavkat Mirziyoyev took over and began a $3bn investment programme.

The equipment has been upgraded and consultants brought in to improve efficiency. Muruntau churns out 80 tonnes per year (tpy) of gold and this year it is on track to produce 82 tonnes from reserves of an estimated 101mn ounces, worth at today’s prices some $190bn. The preliminary valuation of the business is $10bn, but Snitka says that he thinks it is worth more.

The Central Bank of Uzbekistan (CBU) has the right to buy the gold produced and half the country’s hard currency reserves are of the yellow metal, but after that under the new liberalised rules the company is free to sell gold as it likes on the international markets.

A large part of the mining operation is simply processing the tailings left over from decades of production during the Soviet period. Originally the US firm Newmont mining came into a joint venture to work the tailings as the Soviet technology was inefficient and the tails retained a significant amount of ore. But Snitka says the main mine is also being expanded and deepened.

“There is 3mn tonnes of tailings still to process but there is also 50 years of opening mining at Muruntau left to do. Now we are modernising the pit and the processing plants to expand the operations,” says Snitka. 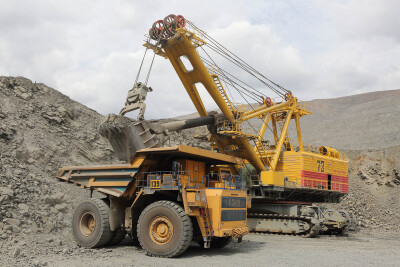 In parallel with the modernisation of operations are the preparations for privatisation. The company has already been reorganised into a joint stock company and a board of directors appointed. The international consultants McKinsey have also been hired to advise and are now currently valuing the company’s assets.

The business has been rationalised. Part of the problem is to separate out all the parts of the business, as in addition to gold the mine also produces uranium, as well as a few other minerals and metals. Uranium complicates things, as its production and sale is an internationally regulated business, which makes it problematic to sell, so the uranium business will remain in state hands, while the gold part will be sold.

“100%!” says Snitka enthusiastically. “We are ready to go. All the work is nearly done. We need to be completely transparent. The mine could be sold on January 1 if we wanted, although it's not decided when to actually sell it.”

Snitka stresses that the international consultants and the revamp of the production have brought everything up to international standards from the financial IFRS accounting through to the daily health and safety work practices.

Snitka seems to be enjoying the changes. He has worked at the mine for 42 years, but boasts that some of his expert colleagues that are putting the changes into place are only 35 years old.

“For 20 years we were a closed company but today it's all changed. We are not that kind of company any more,” says Snitka. “Privatisation is the right idea. It is inevitable.”

The final decision on how and when to privatise the mine has not been taken. One option is to do a dual listing on the Tashkent Stock Exchange (TSE) and an international exchange such as the London Stock Exchange. Another would be to sell to a strategic share or at least partner with one of the world’s leading mining companies. And the consensus seems to be that the state would like to sell NMMC within the next two years as part of a general drive to get the state out of the economy.

In general the state is intending to throw the entire mining sector open to investment. On October 6 the Uzbek presidential administration announced that for the first time, beginning in January next year, licences for geological exploration and production of hydrocarbons, non-ferrous metals and ores will be put up for auction. The new measures also include tax incentives for land and subsoil use and lower customs duties to attract investment. 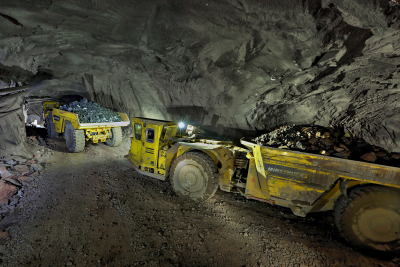