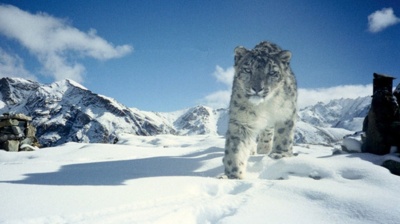 During the summit, the Central Asian states signed a memorandum on the protection and preservation of the snow leopard.
By Muzaffar Ismailov in Tashkent November 11, 2021

Uzbekistan plans to by 2030 cut its greenhouse gas emissions by 35% compared to the levels recorded in 2010, the country’s Deputy Prime Minister Aziz Abdukhakimov said in an address made at the COP26 UN Climate Change Conference in Glasgow.

Abdukhakimov stressed that the climate in Central Asia was changing twice as fast as in other regions due to the drying up of the Aral Sea.

He also told his audience: “At the national level, Uzbekistan is implementing a comprehensive strategy for the transition to a green economy and a programme for the development of renewable and hydrogen energy. Starting from 2021, 200mn saplings of trees and shrubs are planned for planting in the country annually.

“By 2030, the energy efficiency of the economy will be doubled according to plans, and the share of renewable energy is to be at least 25%.”

The deputy PM also proposed organising a UN Environment Assembly in 2023 to discuss crux issues in relation to the international environmental situation.

Uzbekistan promised to reduce emissions by 10% when it signed up to the Paris Climate Agreement back in 2017.

Among commitments Uzbekistan has made at COP26 was an agreement to adhere to the summit’s Declaration on Forests and Land Use.

Uzbekistan at COP26 also joined the other nations of Central Asia in a first, namely making a single regional statement on addressing climate change. The statement was coordinated by the Interstate Commission on Sustainable Development (ICSD), currently chaired by Tashkent.

The statement emphasises that "regional and international cooperation is essential to win the fight against climate change, promote sustainable development, retain people in their countries and reduce internal and external climate migration".

The countries of the region further stated that they were unanimous in the opinion that “Central Asia can serve as a platform for testing innovative technologies, methods and approaches to increase resilience to climate change, achieve the goals of the Paris Agreement on decarbonization, promote recovery from the pandemic and achieve peace and prosperity in the region”.

During the summit, the Central Asian states also signed a memorandum on the protection and preservation of the region’s snow leopard population, its food base and habitat, found across a vast area in northern and central mountainous parts of the region.