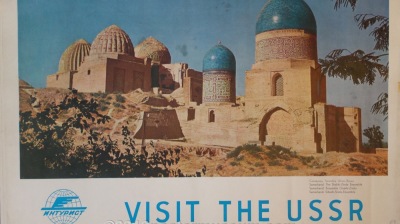 Russia’s oldest and largest tour operator Intourist is planning an IPO, after a buyout of its shares from troubled Thomas Cook by the owner of Anex Tour major Neşet Koçkar, Reuters reported on November 14 citing an announcement by Intourist.

Koçkar will reportedly acquire the domestic and foreign tour operating business of Intourist, its retail chains, information systems, and other assets for an undisclosed amount. Anex Tour is one of the largest tour operators in Russia, but the Intourist brand will be preserved.

“After recapitalising and restructuring the company we will turn Intourist into a truly people’s company through an IPO in Russia,” Koçkar is quoted as saying without providing the timeline or amount of the possible placement. Previously Koçkar acquired 8% in Thomas Cook, becoming its second-largest shareholder.

Intourist was founded in 1929 and took care of tourist visits to the Soviet Union, international festivals, artistic tours, and state visits.

Anex now operates under the name Anex Tour in Russia, Ukraine, Kazakhstan, and Germany and also with its OREX Travel tour operator companies in Czech Republic, Slovakia, and Poland. The group carries 3mn tourists each year. In Russia it operates 318 offices.