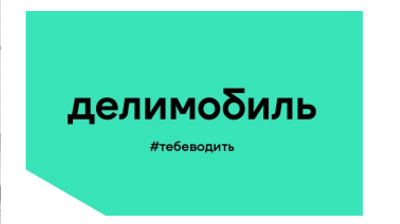 VTB Capital (VTBC), a division of the state bank VTB, is in the process of acquiring a 15% stake in the Delimobil car-sharing service. A memorandum of co-operation was signed at the Saint Petersburg International Economic Forum (SPIEF) in early June by Yuri Soloviev, first deputy president and chairman of VTB Bank management board, and Vincenzo Trani, founder and president of Delimobil and Mikro Capital, the owner of Delimobil.

VTBC will pay $75mn for the Delimobil stake, which values the company at $500mn. The company intends to use the fresh funding for further developments and a stronger position on the Russian market.

A pioneer of the Russian car-sharing market since 2015, Delimobil now operates in Russia, as well as Czechia, Kazakhstan and Belarus, under the brands Delimobil, Anytime and Anytime Prime. Last year Delimobil’s Russian car-sharing business generated RUB5.3bn, with a net loss of RUB2.4bn (around $73mn and $33mn respectively at the average exchange rate of the year), according to Spark.Interfax data as cited by CNews.ru.

In the Moscow car-sharing market, the leader has changed: the largest service in terms of the number of trips was “Delimobil”, according to data from the Moscow Deptrans. The leader before Yandex.Drive lost almost 10% of the market in a year, while its competitors grew. Experts see several explanations, including the replenishment of the fleet of Delimobil against the background of a general shortage of car-sharing cars and higher tariffs of Yandex.Drive compared to competitors.

Delimobil has just become the car-sharing leader in Moscow City – ahead of traditional leader Yandex.Drive – with a market share estimated at 41.5% this month, according to city government data cited by Bank of America. Other companies operating in Moscow include BelkaCar and Citidrive (formerly YouDrive, which Mail.ru Group took control of in 2019).

VTB Group has been a partner of Delimobil since 2019, providing leasing financing for the expansion of its vehicle fleet.

Car-sharing (also spelt ‘carsharing’) comprises renting cars for short periods, often by the hour. The owner of the cars may be an operator or private individuals renting their own vehicle. Car-sharing should not be confused with ride-hailing (e.g. Uber) or car-pooling (e.g. BlaBlaCar).