With Turkish troops pouring through the entrances into Syria, VW is looking for a possible exit from its proposed investment in Turkey.
By bne IntelliNews October 15, 2019

Volkswagen has reportedly postponed its final decision on whether to build a $1.1bn car plant in Turkey as international criticism of the country’s military operation in Syria mounts, causing the carmaker to worry about potential reputational fallout should it commit to the investment.

If Turkey loses the investment, it will come as a significant blow to Turkish President Recep Erdogan, who only two weeks ago ordered senior officials in his ruling Justice and Development Party (AKP) to switch to Volkswagen's Passat model as a demonstration of Ankara’s willingness to help make a success of the plant for the auto giant. VW was also considering selecting Bulgaria as the potential location for the plant, but in recent months Turkey became the hot favourite to land it.

“We are carefully monitoring the current situation and look with concern at current developments,” a VW spokesman was quoted as saying by Reuters on October 15. 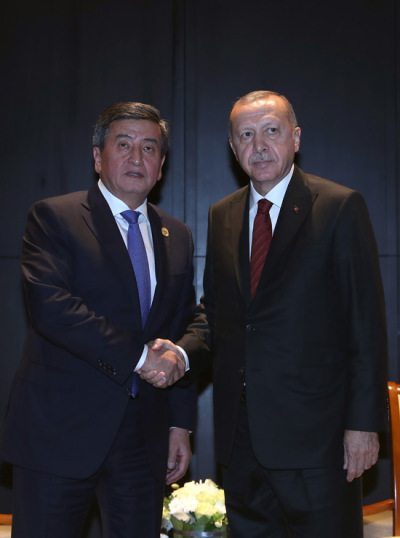 Earlier this month, Volkswagen went through the technical necessity of establishing a subsidiary in Turkey’s western Manisa province to pave the way for the investment, even though it said it was still in the final stages of negotiation and that it had not made a final decision on whether to build the factory.

Volkswagen supervisory board member Stephan Weil, prime minister in Lower Saxony where the carmaker is based, told Reuters that he could not imagine that Volkswagen would make an investment given the current circumstances. Lower Saxony is an influential voice at the carmaker with a 20% shareholding.

“I very much hope that we will get back to a situation where the Turkish President realises that he has embarked on a very dangerous path, and the direction must be changed urgently,” he added.

German Chancellor Angela Merkel said on October 15 that she told Erdogan that the offensive must be stopped because it risked creating a humanitarian crisis. At least a 100,000 people in northern Syria have fled their homes to escape the Turkish offensive.

European Union countries agreed on October 15 to limit arms exports to Turkey, while US President Donald Trump has imposed sanctions on Turkey, although they are coming under fire for being merely ‘sanctions-lite’.

On October 16, the UK agreed to back the EU move against weapons exports to Turkey by agreeing not export any arms to the country that could conceivably be used in the Syria operation.