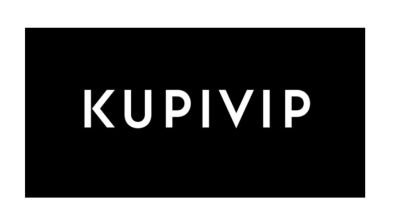 A pioneer in Russia's burgeoning e-commerce business that sold fashion items at a discount, KupiVIP, has closed down after 13 years.
By Adrien Henni in Moscow for East West Digital News September 15, 2021

“For 13 years we made you happy with each purchase [but] our story is over now,” says a statement posted on the KupiVIP site.

After its foundation in 2008 by German entrepreneur Oskar Hartmann, KupiVIP was one of the most established e-commerce brands in Russia. Until the mid 2010s it stood firmly in the top 10 e-commerce sites in Russia – but had fallen to 68th place in 2020, according to Data Insight’s ranking.

That same year, KupiVIP’s sales revenues decreased to RUB4.5bn (around $62mn at that time) – far behind such fashion leaders as Wildberries and Lamoda.

In the years following its inception, KupiVIP raised some $120mn, mostly from Western investors. These included such big names as Accel Ventures, Balderton Capital, Bessemer Venture Partners and Mangrove Capital Partners, as well as the EBRD.

“It is true that the initial business model turned out no longer unique. A commercial innovation introduced in Russia by KupiVIP, discounting, progressively became the norm both online and offline,” said David Waroquier of Mangrove Capital Partners in a previous exchange with East-West Digital News.

“KupiVIP attempted to become omnichannel, involving operating across its websites, mobile app and brick-and-mortar retail stores. All this required significant capital, given the size of the Russian market,” Waroquier explained.

“While the international context was less favourable, not all local players were able or willing to invest in the company.”

KupiVIP was not the only company affected by such issues. Waroquier cited the examples of Wikimart and Ulmart – which went bankrupt in 2017 and in 2020 respectively.

Hope of a rescue deal for Kupi had emerged earlier this year. Yandex, the NASDAQ-listed Russian digital giant, announced in June an agreement to acquire KupiVIP, its five offline outlets in Moscow, the Mamsy e-commerce site and a 20,000-square metre logistic centre in the Moscow region.

According to an industry expert, these assets might have been valued at around RUB1bn (around $14mn). Other assumptions or rumours varied from RUB6bn to virtually zero, taking into account the company’s debt.

The acquisition was meant for Yandex.Market to “accelerate its penetration into the online fashion market,” as the company aims to “become a multicategory marketplace in the full sense.”

Through this acquisition, Yandex would “leverage KupiVIP’s scalable warehouse facilities, its supplier base and qualified team with the necessary expertise.” The acquired assets were to be gradually integrated to the company’s e-commerce platform, Yandex.Market.

However, in July Yandex backed out of the deal for undisclosed reasons. The company said it was considering “other options to enter the fashion segment.”

Despite its demise, KupiVIP had a considerable impact on Russian entrepreneurship and e-commerce. As for Hartmann, he became an inspiring figure for the new generation of startup entrepreneurs. “He has been a poster child of the Russian scene, setting the example to many aspiring entrepreneurs,” said Waroquier.