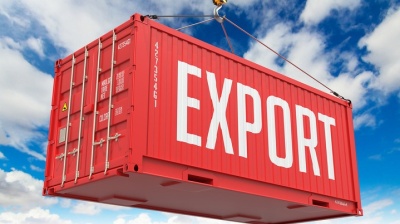 In early February, before Russia began its full scale invasion of Ukraine, bne IntelliNews reported on the expectations for Belarus’ foreign trade in 2022. Only 15 days later, the situation changed immensely, as sanctions piled up against Belarus and its most important trading partner Russia.

As Lithuania implemented a transit ban on the transit of Belarusian fertilisers on February 1, Belarus was deprived of one of its most important transit routes.

Shortly after, Estonian journalists revealed that Belarus had most likely been circumventing EU sanctions on its refined petroleum products through Estonian ports, which led to the Estonian government cutting off Belarus from another transit route. As it stands today, Belarus has no chance of exporting over 30% of its yearly exports through the Baltic ports as it usually does.

Following the war in Ukraine, Belarus was also deprived of access to the Odesa port; and despite Lukashenko’s suggestion to UN General Secretary Antonio Guterres, no deal was struck to allow Belarusian fertilisers to go through the Baltic ports in exchange for Ukrainian grain being let through Belarus.

Last year, Ukraine received 3% of Belarus’ exports. Today, Ukraine has more or less terminated all economic ties to Belarus as its National Bank has even prohibited the trading of the Belarusian ruble (BYN).

To make matters worse, many of the seized Belarusian assets in Ukraine are freight railway carts specifically needed to transport fertilisers and petroleum products. Therefore, Belarus will need to buy new ones even if it manages to use Russian ports, a cost which the Belarusian state budget most likely can’t bear at the moment.

In the short term, the negative outcomes of this transit problem are obvious – Belarus exports will fall tremendously. Last year’s GDP growth of 2.5% was mostly driven by high commodity prices on foreign markets, and while prices of fertilisers and petroleum products remain high, Belarus simply cannot access these markets today.

The long and medium term effects are a little more unclear. However, as some of Belarus’ largest potash buyers (Brazil and India) are currently looking to broaden their potash supplies to new trading partners, Belarus risks losing long-term potash deals.

Other industries suffering under sanctions

Belarus’ military-industrial complex has also been hard-hit by western sanctions due to the sanctions against certain dual-use machinery.

According to Belarusian PM Roman Golovchenko, Belarusian defence companies today engage in both import substitution as well as joint R&D projects with Russian companies to counteract the effects of these sanctions.

However, the sanctions on machinery exports to Belarus have long-reaching effects on the economy.

An official from the state development bank recently admitted in an interview on state TV that Belarus’ tractor production, a flagship industry for the regime, is facing major delays in production due to problems with payments, supply lines and finding buyers. While a tractor was previously assembled in 90 days it now takes up to six months according to the official.

Due to this, the state development bank had begun lending money to the country’s mechanical engineering industry to support its production.

At the same time, Belarus’ only promising sector, the IT sector, is stagnating as Belarusian IT companies are unable to close new deals for several reasons: Belarusian banks disconnected from SWIFT; Western companies don’t want to get involved with Belarusian companies; and, the qualified workforce is leaving the country due to political repressions. bne IntelliNews reported on this problem in July in two separate articles (Part I and Part II).

On July 7, the Belarusian ruble bounced back, and currently has a higher exchange rate to the US dollar than it did before February 24. While this increase could be the result of undisclosed financial operations conducted by the Belarusian National Bank, a large part of it most likely pertains to Belarus’ managing to redirect its supply chains during this year.

Belarus’ response to the Western sanctions was the rapid implementation of an import substitution programme, which is coordinated with Russia. It also implemented a number of lending and forced rehabilitation programmes for companies facing bankruptcy.

As a result of being disconnected from SWIFT, lower domestic demand due to economic stagnation and this import substitution programme, Belarus is also decreasing its imports, which improves the country’s trade balance.

It’s worth keeping in mind that large and fast changes in the structure of imports also have other effects besides improving the trade balance.

The import substitution programme’s aim to source more components and products domestically means that many small and medium sized companies will need to rapidly scale up their production to meet the demand from large state owned manufacturers.

This will not only mean production delays (such as in the case of the tractors) but it also means that many more people rapidly need to be employed in these industries. While decreasing unemployment is also good, such fast changes will certainly push up salaries and the inflationary pressure in the economy.

Belarus' inflation in June has been estimated at 15.9% y/y, and the rapid scale-up of domestic production accompanied by the high demand for domestic products can be expected to push up the inflationary pressure even more.

So, what is the current outlook for Belarus' export sector? Firstly, a few things must be presupposed: current Western sanctions remain, are increased and/or tightened while Belarus continues to implement its import-substitution programme with Russia, while at the same time the IT sector stagnates, and qualified workforce continues to leave the country.

All this considered, Belarus’ import-substitution programme will dampen some of the negative effects from the Western sanctions regime. As a result of increased trade with Russia, the Belarusian ruble may remain on a stable level against western currencies but fall against the Russian ruble as the trade balance will most likely be tilted in Russia’s favour.

Many more Belarusian companies will have to take loans from the state or be transferred to state control so as not to declare bankruptcy. Belarus’ mechanical engineering industry, potash producers, petroleum refineries and most recently the Miory Steel Rolling Mill are all standing in line for massive state subsidies or state takeovers.

Unless Belarus manages to fix these problems, the economy will merely stagnate while inflation levels continue to rise.