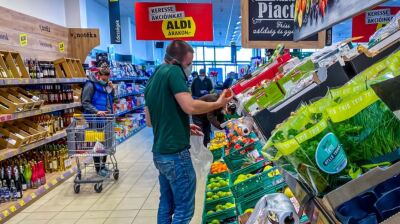 The wiiw says high inflation is the biggest risk to economic recovery in the CESEE region.
By bne IntelliNews January 27, 2022

The Vienna Institute for International Economic Studies (wiiw) has hiked its 2021 CEE growth forecast but lowered its predictions for 2022 and 2023 as the region’s economies slow down amid the withdrawal of coronavirus (COVID-19) pandemic aid.

The Vienna Institute explained the expected 2.5 percentage point slowdown in growth this year on the performance of the region’s biggest economies, Russia and Turkey. Turkish growth is anticipated to slow to 3.5% this year, from a forecast 9.5% in 2021, as the country’s economic boom collapses, bringing with it a sharp depreciation in the lira and soaring inflation.

For Russia, GDP growth is forecast to slow to 2% this year from 4.5% last year, and to decline further to 1.5% in 2023, all on the assumption that tougher sanctions will be imposed over the Kremlin’s sabre-rattling in the crisis over Ukraine.

The wiiw noted, however, that Russia’s resilience to sanctions had improved. “The scope for forcing Russia to change its behaviour over Ukraine using economic sanctions is limited," pointed out Richard Grieveson, deputy director of wiiw.

The wiiw says high inflation is the biggest risk to economic recovery in the CESEE region – ranking ahead of both the conflict with Russia and the COVID-19 pandemic.

After 8.7% inflation last year, it expects a weighted average of 10.3% in CESEE this year – and in Turkey as much as 26.2%. However, the inflation rate in the Visegrád countries of Poland, Czechia, Slovakia and Hungary should average 5.2%.

It predicts that price increases will level off by the middle of the year because the worst distortions on the supply side – the problems with international supply chains – should have eased by then, while the high energy prices are also unlikely to persist.

The wiiw report, however, warns that inflation risks becoming entrenched in Eastern Europe if it leads to a wage-cost spiral. “If it does, we are in for a protracted period of inflation that will be significantly higher than most states in Eastern Europe have experienced since 2008,” said Grieveson.

Spending on energy and food accounts for a much higher share of total spending than it does in Western Europe. As a consequence, the governments of Hungary, Serbia and North Macedonia have already introduced price controls on food, not least for reasons of domestic political stability. Meanwhile, Poland and Romania are discussing a similar move.

Low base and pre-election handouts lift Hungary's GDP growth by 8.2% y/y in Q1

Belarus expands its use of the death penalty
1 day ago
The Mariupol siege is over as the last Azov defenders surrender
2 days ago
Kyrgyzstan: Eccentric health minister fights for his job amid claims of corruption and bullying
2 days ago
Azov commanders have remained behind in the Mariupol steelworks to continue the fight
2 days ago
Russia hopes Chinese carmakers will help revive Moskvitch brand
2 days ago