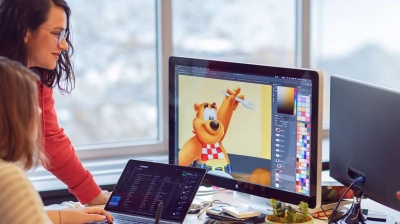 Zynga will acquire puzzle games including Toon Blast and Toy Blast via the deal.
By bne IntelIiNews June 1, 2020

Zynga Inc is to buy Turkish mobile game maker Peak for $1.8bn in what’s being seen as Turkey’s first technology “unicorn exit”. It will represent the biggest ever acquisition in an industry riding high on locked-down consumers staying at home with few live-entertainment options amid the coronavirus (COVID-19) pandemic.

The deal, expected to close in the third quarter, is made up of $900mn in cash and $900mn in Zynga stock, the San Francisco-based company said in a June 1 statement.

Zynga will acquire a popular lineup of puzzle games called Toon Blast and Toy Blast via the deal.

The company will pay Peak’s owners 114 million shares priced at $7.92, the volume-weighted average closing over the past 30 trading days, Bloomberg said. Zynga will have $600mn in cash on its balance sheet after the deal, CEO Frank Gibeau said in an interview with the news agency.

At $1.8bn, the Peak purchase eclipses earlier transactions, including the 2018 deal to buy the majority stake in Finland’s Small Giant Games for $560mn.

“Peak is an amazing founder success story ‘Made in Istanbul’ and the first Turkish unicorn exit,” said Roland Manger, co-founder and partner of Earlybird Venture Capital, one of Peak’s backers.

The acquisition is expected to boost the number of average users playing Zynga’s games daily by more than 60% by expanding its international audience, Gibeau was quoted as saying.

“If you think about where Zynga is positioned right now, you could argue that this is a transformational deal for us,” Gibeau added. “It’ll basically add a third to our live-operations revenues and bookings.”

Zynga management first met Peak’s co-founder and CEO Sidar Sahin in 2017, when Zynga bought Peak’s casual card business for $100mn. It had also bought a company in Turkey’s gaming scene before, having acquired Gram Games in 2018.

Peak was founded in 2010 in Istanbul. Besides Earlybird, it’s backed by venture capital firms Endeavor Catalyst and Hummingbird Ventures.

“The Peak team proved that we can produce tech unicorns in Turkey and this is a great milestone for the local ecosystem,” Pamir Gelenbe, a partner at Hummingbird Ventures, told Bloomberg. He said the seed investors received a return of more than 200 times their initial investment.

A “unicorn” is a privately held startup company valued at over $1bn, a statistical rarity.

Suma Chakrabati leaves the EBRD a greener bank
Russians, Serbians, Turks the biggest property buyers in Montenegro
Nato nerves on edge as France pulls out of sea operation in major row with Turkey over Libya

As businesses re-open their doors across Belarus, they have help from a contact-tracing app based on New Zealand’s successful coronavirus (COVID-19) Tracer app, Kontakkt Space, it was announced in a press release on June 24.