Blockchain to be used to fight rampant match-fixing in Moldova 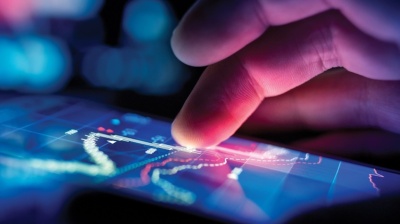 London-based Blockchain Algorithms has announced a partnership with the Moldovan Football Federation (FMF) to help prevent match-fixing in Moldova, the company said in a press release on August 31.

Match-fixing is a serious problem in Moldova, where in December 2020 half of the teams in the top football league were revealed to be involved in the practice, in a wide-reaching scandal believed to involve club executives, coaches, managers, football players and other intermediates, according to a Europol report at the time. The European policing agency said it suspected nearly 20 football matches might have been fixed in the 2020-2021 season.

Blockchain Algorithms says its technology can analyse betting markets and match video footage to identify suspected matches, according to the company’s press release. The company will provide an alert service to inform the federation of suspicious betting patterns and suspected or potential match-fixing in Moldovan football. The initial alerts will be free, but if the FMF requires more details it will pay for this.

“We know match-fixers are taking advantage of the [coronavirus] COVID-19 pandemic to gain influence in more levels of sport and in more countries than ever before. Our new partnership with Blockchain Algorithms demonstrates our commitment to kicking out the match-fixers and keeping football in Moldova clean,” said Evgheni Zubic, the FMF’s integrity officer.

“Match-fixing continues to present a serious threat to sporting ethics and the credibility of sports competitions worldwide and it is vital that we tackle this menace through forward-thinking partnerships such as this,” said Evens Fletcher, director of football at Blockchain Algorithms.

Business Insider: Western tech majors have tested or used controversial Russian face recognition technology
5 days ago
From 4G to 6G: How Russia seeks to develop mobile networks amid shortages of domestic frequency and foreign equipment
5 days ago
Should I stay or go for founder of Russian internet major Yandex
9 days ago
EVs in Uzbekistan bring problems and prospects
12 days ago
Poland-based Deepflare bags €1.5mn to fast-track mRNA vaccine development with AI
15 days ago