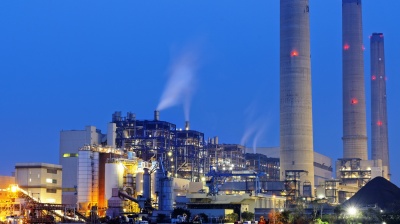 The G7 has agreed to “predominantly decarbonised electricity sectors by 2035,” as well as ending government financing of international coal-fired power generation and the speeding up the phase-out of unabated coal plants by the same year.

The G7 ministers said in Germany that Russia’s invasion of Ukraine was a major catalyst for the faster phase-out of coal, as volatile gas prices and the search for alternative energy supplies concentrated minds on non-carbon energy sources.

However, there is still a long list of issues to be addressed on the road to decarbonisation in order to reach net zero by 2050, with climate finance being a key sticking point.

The details of the deal are that G7 environment, climate and energy ministers agreed to make their power systems “predominantly” carbon-free by 2035. The governments of the world’s seven largest economies did not commit to increasing climate financing for developing countries.

The insertion of “predominantly” carbon-free into the official communique could allow governments to continue with unabated coal, with Japan the most likely to continue with some sort of coal. Tokyo has yet to commit to a full coal phase-out.

For Japan, the G7 commitment will be somewhat tempered, with the government saying it will maintain its commitment to public support for oil and gas upstream developments, although it will choose its projects carefully, S&P Global Commodity said.

The G7 statement gave each country a get-out clause, saying: “We commit to end new direct public support for the international unabated fossil fuel energy sector by the end of 2022, except in limited circumstances clearly defined by each country that are consistent with a 1.5C warming limit and the goals of the Paris Agreement."

For Japan, this means it can pursue upstream developments that contribute to its national security, as well as for geostrategic interests such as reducing its dependency on Russian energy, S&P said. Japan's public support for upstream investments will still be more selective, considering aspects of the Paris Agreement among other factors.

US LNG export projects are a major target for Tokyo as G7 ministers agreed earlier in May to phase out Russian energy use, including oil.

Canadian Natural Resources Minister Jonathan Wilkinson said he spoke this week – at the G7 meeting – with delegates from several European countries, including Germany, about the potential for shipping them clean Canadian hydrogen to help wean them off Russian oil and gas.

Brick Medak, head of E3G’s Berlin office, said: “The G7 climate, energy, environment ministerial showed Minister Robert Habeck finally stepped up to the mark to secure progress on G7 climate action after failing to align Development and Finance ministers to the climate vision. But a significant to-do list is left for the German G7 presidency looking at the Leader’s Summit in Elmau at the end of June, with gaps on the actions needed in this decade to phase out coal and mobilise the trillions necessary for a global green transition. Chancellor Olaf Scholz must show up at the leader’s level ready to go beyond his pet project climate club and move G7 leaders on where the climate and energy ministerial fell short.”

Meanwhile, all seven G7 governments said in a statement that they would “significantly increase” global investments in low and zero-emissions energy.

“We commit to align our official trade, export and development finance policies towards these objectives, including the possibility of providing additional incentives for clean energy technologies, and implementing these commitments within this time frame,” they said.

Meanwhile, the EU agreed to end Russian oil imports as part of the sixth package of sanctions against the Putin government.

The G7 ministers said in their statement that they “condemn in the strongest terms Russia’s unjustifiable, unprovoked and illegal war of aggression against Ukraine.”

The G7 meeting also admitted that climate issues were now inextricably linked to the global energy and national security agenda. Put simply, the governments said that the climate change and how to combat it is now a major element of the global security architecture.

Maria Pastukhova, senior policy advisor, energy diplomacy and geopolitics at E3G, said: “The G7 have made a step in the right direction today by putting a date for largely decarbonised power sectors. It is a key signal towards the rest of the world that the current crisis and efforts to secure new fossil supplies will be time bound. It validates that, over the last months, the decarbonisation of the power sector has grown from climate into security objective – now delivery needs to follow.”

The energy transition now unites a range of global issues that were previously seen as separate, such as the war in Ukraine, energy price volatility, supply shocks and critical minerals.